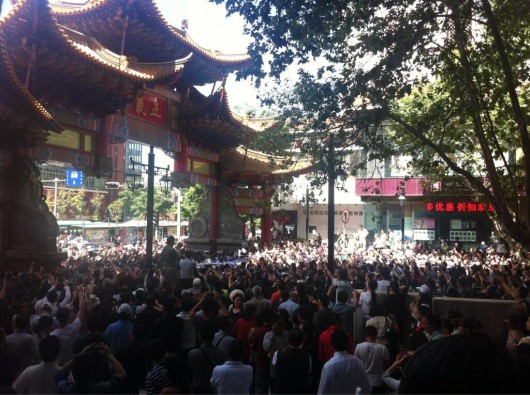 A huge crowd has gathered on Kunming’s Renmin Road for an environmental protest, the second time this month that residents have gathered to voice their opposition to proposed production of a toxic chemical from a nearby factory.

The first such “Anti-PX” protest in Kunming was on May 4, after China National Petroleum Corporation announced plans to build a chemical plant in nearby Anning to produce 500,000 tons of paraxylene (PX), according to Global Voices. Brian Eyler of East by Southeast recently wrote about the government’s response to such protests, a reponse that, judging by what’s happening right now, was not satisfactory.

Eyler is currently live-tweeting from the ground, so follow him @aikunming for updates as they happen.

He estimates that the crowd exceeds 2,500 people, divided into multiple protest zones. Police are also apparently forming human walls to contain the protesters.

The protest started at 10 am, according to Eyler, just as police were making an arrest: 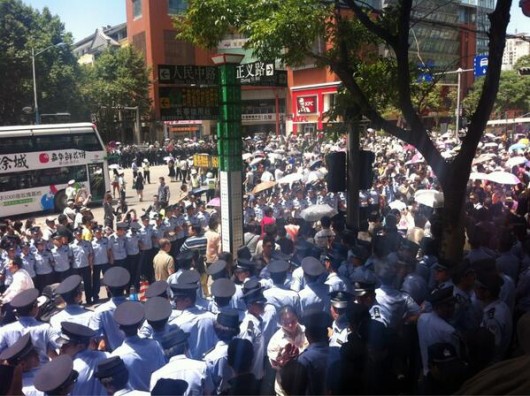 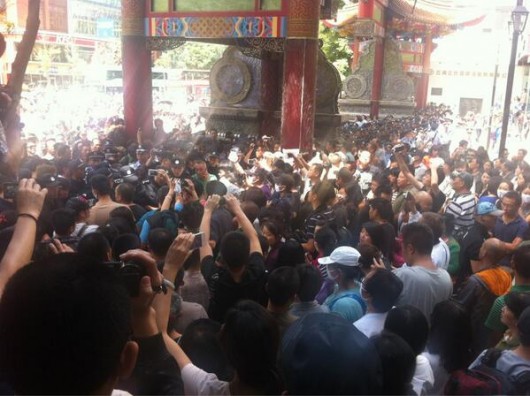 More updates as they become available.