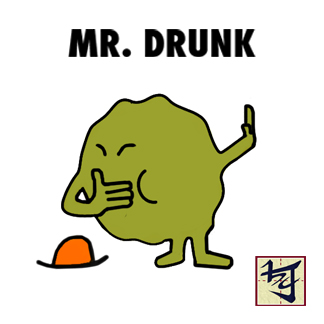 This week we introduced the 2nd annual Beijing Cream Bar and Club Awards (VOTE HERE), with 20 categories divided into four groups. We’ve invited a man who knows a thing or two about flaming shots, time traveling, methanol hangovers, and the magical curative properties of a McDonald’s breakfast sandwich to take a closer look at the group Mr. Drunk


With “nearest jianbing stand” out of the running, this category isn’t so much a competition as a massacre. 1F and Smugglers might be mainstays of Sanlitun Bar Street, but the sheer variety of bars in close proximity offer you plenty of other places that don’t make you want to gouge your eyeballs out to drink fake alcohol. Brussels is too nice a place to belong on this list, and Latte and Migas are more likely to be planned horrible decisions than unintended ones. But Chocolate… well, who hasn’t tried to make an evening “legendary” by dragging their friends to Chocolate? Chocolate is the black hole of Beijing clubs. It bridges the gap between Spark and Maggie’s, combining the deafening trashy dance scene of the former with the infamous prostitution of the latter. And it’s Russian. I’d be lying if I said I’ve never ended up at Chocolate against my will, and chances are, so would you.

To be honest, I’ve only been to one of these places, which automatically elevates the others into a five-way tie for first. Still, I want to give some face to GT Banana, my favorite trashy dance club in Beijing. It ranks below Spark and Latte in terms of expat popularity, but I find its combination of bubbles, lasers, and trampoline dance floor (no, not an actual trampoline, but since the floor bounces six inches it’d be safer if it was) a breath of fresh air. Also, the sketchy Chinese men at the stalker tables encircling the dance floor are surprisingly receptive to foreigners sitting down and drinking their alcohol with them – especially if you bring a couple of girls.

If you translate “cockeyed sot who harbors bad, bad intentions” to “Brit who either wants to start a fight, has two Russian hookers draped on him, or both,” which I did, the runaway winner would be the Den. It’s the only place where I feel physically unsafe at all times, which is especially jarring when I go there in the early morning to watch sports and catch the tail end of the disaster that was the night before. There’s nothing like having a cup of coffee while you watch the guy at the next table face plant trying to hit on the last remaining waitress.

This should have been Kokomo for their outrageous outdoor fire escape masquerading as a normal stairwell, but they put up a plexiglass wall to prevent would-be parkour artists from jumping. (You’re welcome.) I guess 3F technically poses a risk due to its height and drunk people’s well-established desire to climb shit, but for my money Spark wins for its mirror and laser entryway. Seriously, who the fuck thought it was a good idea to design a room with hundreds of angled mirrors and lasers that would be frequented exclusively by drunk (and possibly drugged) people? Is it some sort of sobriety test to make sure those who enter still possess control of most of their senses? Did someone watch too many Bruce Lee movies as a child? Either way, at least one person has to give themselves a concussion every night navigating that hellhole.

I’ll date myself here a little bit, but one of these was my first introduction to the Beijing nightlife. I was still shell-shocked by the pollution and convinced that my cab had been driving in circles for half an hour when I finally arrived at my destination. I walked into the bar, found my friends, and was promptly amazed by how much money they were willing to pay for a (fake?) bottle of Smirnoff. We then proceeded to almost get in a fight with a couple of Chinese men over the pool table. When I finally found the bar again earlier this year, I was shocked that it was exactly the same. The more things change, I guess.