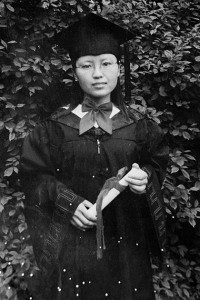 In Handan, Hebei province on April 29, a doctor was fleeing from the relatives of a recently deceased patient when she fell from the hospital’s third floor and suffered fatal head injuries. Wang Ping, 34, “tried to escape from the window with a bed sheet but failed,” according to a fellow doctor quoted in Sina.

As the doctor tells it:

“At about 5 pm Monday, a critically ill boy who suffered from congenital heart disease was brought to our hospital. Doctor Wang and our department director carried out emergency treatment. Unfortunately, the boy passed away soon…. At first, family members of the patient looked quite calm. However, one hour after the boy’s death, they became angry and attacked some hospital staff before they were dragged away.”

Xinhua, in an article published earlier today, got in touch with the deceased boy’s relatives, who tell a slightly different story. The boy, surnamed Shen, was apparently at the hospital for treatment of a cough, not heart disease, which an aunt claims had been cured when he was just one year-old.

The aunt continues: Wang Ping gave the boy an electrocardiogram and listened to his heartbeat and said nothing was wrong. She suggested giving him an IV treatment.

Shen’s aunt says that only three or four minutes after the IV had been planted into the back of the boy’s hand, he began loudly complaining about not feeling well. Wang Ping is now accused of continuing the treatment despite the protestations, until the boy passed out on the table, his fingers and toes twitching, lips discolored. Rescue efforts, which included CPR and shots, were not successful, and the boy died on the spot.

Family members rushed to the hospital, where they began beating and scolding the doctors, with Wang bearing the brunt of the blame. The situation escalated from there.

The daring escape, with Wang being lowered via bedsheet, was ill-advised. A witness says she hit a second-floor windowsill during her fall, and possibly landed on her head.

We’ve documented before the need for beefed-up security at hospitals, as incidents like this happen much too frequently. This is one of those tragic stories in which there are only losers. “In the three days after his wife died,” Xinhua reports, speaking of Wang Ping’s husband, “every time he closes his eyes, what appears before him is his wife and her fall from the third floor.”