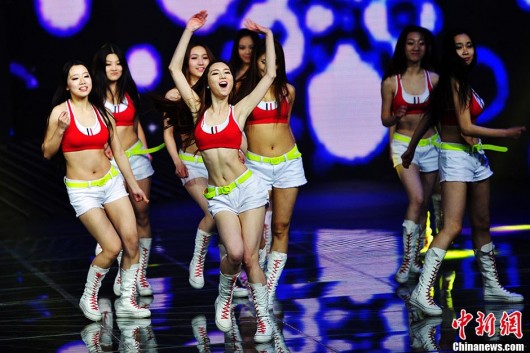 Apologies for the site’s hiccups this evening. This post. These links.

After 19 years… “Apparently frustrated by their own judicial system and wary of censorship, members of China’s online community, in a rare move, have appealed to US President Barack Obama to help seek justice on a 19-year-old cold case of poisoning. // Fraught with grammatical errors, a petition on Whitehouse.gov asked the US to track down Jasmine Sun, or Sun Wei, who many believe poisoned her university roommate, Zhu Ling, with a deadly chemical in 1995 and is now living in the States.” (SCMP)

Okinawa? “Two scholars from an official Chinese research center suggested re-examining the ownership of a Japanese island chain that includes Okinawa, adding to tensions over a separate territorial dispute. // Agreements reached between allied forces during World War II mean the ownership of the Ryukyu Islands may be in question, the Chinese Academy of Social Sciences researchers said in a commentary in the People’s Daily, the Communist Party’s main newspaper. Japan’s loss in the war nullified an 1895 treaty in which China ceded territory to Japan, they said.” (Bloomberg)

Selective media restraint in China. “In China we now have not one, but TWO foreign pedophiles. That constitutes an epidemic in any country’s media, but the fact that the Chinese press has shown so much restraint and not played the foreign menace card in this case suggests to me that it wasn’t necessarily their choice. Xenophobia is useful for the government in small periodic doses, but it definitely has its negative consequences and can easily get out of hand. At this point in time, there doesn’t seem much to be gained from such an uproar.” (Sinostand)

Only a little disgusting. “CNTV News’s official Weibo account reports on this story from a Zhejiang high school. // A student who bought fried rice was shocked to discover the head of a rat in his food. He soon uploaded the nauseating photo seen here. Reports suggest that the school compensated the student with four eggs.” (Shanghaiist)

More Foxconn suicides. “In a company statement obtained by Global Voices, Foxonn acknowledged that a 23-year-old female and a 24-year-old male employee were found dead on April 24 and April 27 respectively, but did not specify how they died.” (Global Voices)

Lei Zhengfu again. “China’s ruling Communist Party has punished 21 officials over a scandal in which they allegedly were extorted by real estate developers after being secretly filmed in liaisons with hired women. // The official Xinhua News Agency said Tuesday that the party’s disciplinary body in the central city of Chongqing had stripped former local district party chief Lei Zhengfu of his party membership. The scandal broke after footage of Lei having sex with one of the women was leaked on the Internet. Images of his jowly, pop-eyed face have become targets of derision and disgust over government malfeasance.” (AP)

“And now for something completely different.” twitter.com/abesauer/statu… 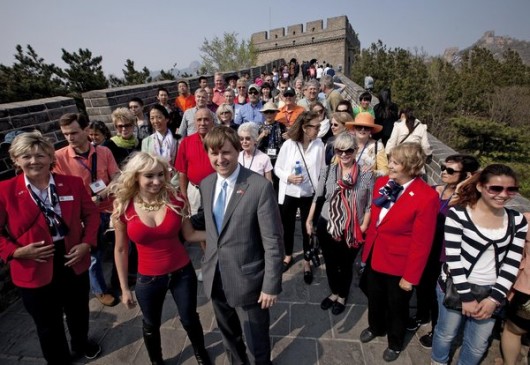 Belated, but the above (taken Saturday) is via Los Angeles Times, about Richard Nixon’s grandson visiting Beijing. The woman in red. No, the other one. Yes, her. Also see: WSJ.

One Response to “Mid-Week Links: Okinawa may belong to China, justice sought for Zhu Ling, protests around the country”