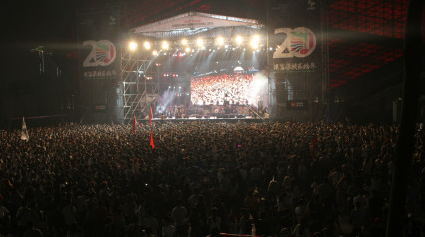 At the MIDI Music Festival in Shenzhen, via The Nanfang

We’re checking out some improv comedy tonight at Beer Mania. More laughs there than in these links, but nevertheless:

Barely livable? “Most first-tier cities in China are barely suitable for living due to their poor ecological environment, despite rapid economic development and preferential regulations for investmet, said a newly released report by a top Chinese think tank on Sunday.” (China Daily)

Uh-huh. “The artist Ai Weiwei (pronounced “eye way way”—Ai is his surname) is the Chinese government’s worst nightmare: an internationally revered art star who uses his work and celebrity to advocate for democracy and free speech in a nation with neither.” (Playboy)

With colored spectrums. “A recent document insiders say was issued by the central Party leadership urges officials across the country to be ‘fully alert to the threat posed by the ideas advocated by the West.’ Those ideas reportedly include what have been recently termed the ‘Seven Don’t Speaks’ (七不讲). Widely reported in Hong Kong media and confirmed by mainland media insiders (though no one, it must be noted, has seen a reliable document), they are…” (China Media Project)

Sigh. “A man in his fifties was cycling along Guangzhou Bridge on Monday when he fainted. Although Monday was World Strangers Day, he was ignored by passers-by for 50 minutes and was dead by the time paramedics got to him, Caijing reports.” (The Nanfang)

What do Chinese women want? “When asked ‘What kind of men are you willing to marry?’ the most popular response was ‘a divorced man who owns a house and car,’ followed by ‘a successful 40-something man who has gone on a lot of blind dates but is still single.’ Interestingly – and even a bit surprisingly – the least popular kind of man, coming in behind even ‘an unassuming computer programmer,’ and ‘a handsome freelancer,’ was the so-called ‘phoenix man,’ a high-level corporate manager with a lot of relatives. More broadly defined, a ‘phoenix man’ is someone who came from humble beginnings, made his way through school, exhausted resources of his family in the process, and was expected to change the fate of the family when he eventually succeeded.” (Tea Leaf Nation)

Good police work. “Police in a Guangdong city said early on Wednesday that they had arrested a man accused of injuring six children and one woman with a butcher knife, ending a manhunt that gripped the province the evening before.” (SCMP)

Sad, the number of ways they’ll get you. “A two year old boy died after he fell into an uncovered manhole in Changning, Hunan province, on May 20.” (Shanghaiist)

Doctor taken hostage. “May 18, a freshman of a certain college in Wuhan surnamed Chen accidentally hit an 80-something-year-old lady while riding a bicycle. Then, because of issues over the medical expenses, he had a conflict with the old lady’s family where, in a moment of desperation, he took out a fruit knife and took a female doctor surnamed Duan hostage, requiring that he reach his intended destination before he would release her. 97 minutes after the Qingshan Public Security Sub-Bureau was notified, the hostage was successfully rescued. Throughout the entire rescue process, Dr. Duan’s left index finger was cut, and there was a knife cut on her neck.” (chinaSMACK)

BREAKING: Government promises to back off if Ai Weiwei stops releasing any more heavy metal

Interview with the Whose Line is it Anyway crew in Beijing. (That’s Beijing)

Look who’s back up, via WSJ: 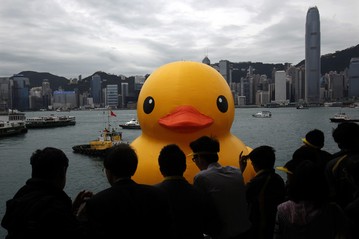 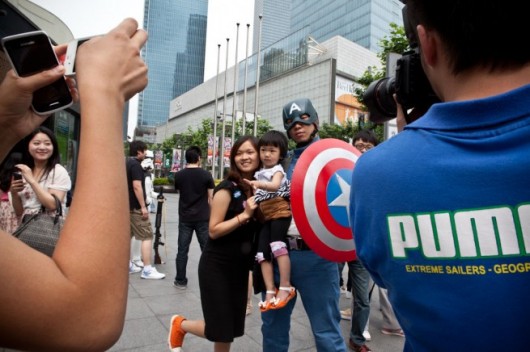