The facts behind this video are unverified, but people on social media are claiming that a gang of hired goons was recently released on the relatives of a deceased patient at Maoming Traditional Chinese Medicine Hospital in Maoming, Guangdong province.

It’s not clear exactly what grievance, if any, the patient’s relatives are filing (or trying to), or what set off the fracas (fists start flying at the 50-second mark, after a chaotic buildup with lots of shoving). But we will note, more by necessity than anything, that doctors and nurses are usually the ones susceptible to violence. Earlier this month, a nurse was chased to her death by angry relatives of a deceased boy. In January, we suggested doctors could use bodyguards. And of course, there’s this fight video inside a hospital’s corridor, plus plenty of others.

Again, we’re not sure what led to the Maoming brawl. A relatively heavy (for a hospital, anyway) police force appears to put an end to it eventually.

Because the well-trained thugs are wearing surgical masks, the attackers are being called — derisively — the “surgical mask gang.” Here’s a picture: 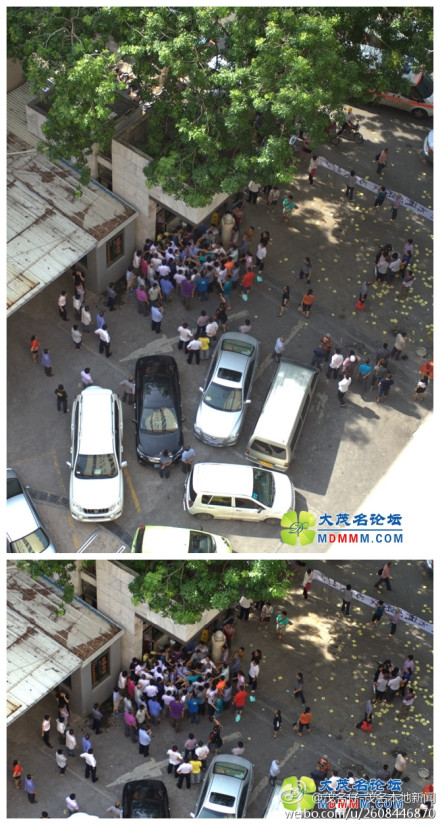