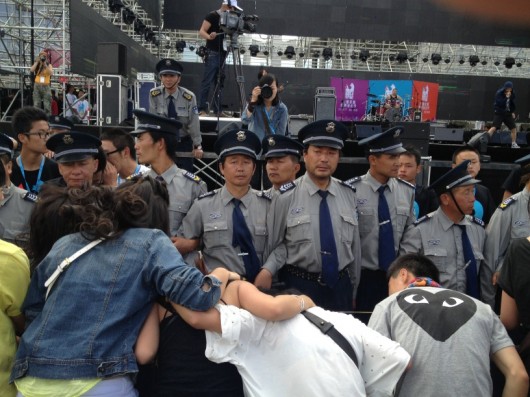 A Cop with a Weird Haircut

We’re standing near the fortune teller when Lin Dan shows us something.

“I’m a cop,” he says. He pulls out his wallet and holds it close to his waist, his left hand shading a badge. Then he looks around to make sure one of the five hundred policemen present that day isn’t nearby.

“I’m one of the few at my office who is not a party member.”

“If you’re undercover, you’re doing a pretty bad job,” I tell him, since he had snuck a joint with one of my friends earlier that day. It all stank to me. This guy, faux-hawked, showed up out of the blue somewhere in the queue to get in, then followed our group — a “suspicious” mix of foreign and Chinese twentysomethings — for an entire day before calmly telling everyone that he’s the police.

“No worries. I’m just here for the music.” He stuffs his wallet back into his pocket. “I’ll catch you later.” He quickly signals to his friend, the fortune teller, who stiffens and walks toward the stage with him.

What Are You Doing Out Here? 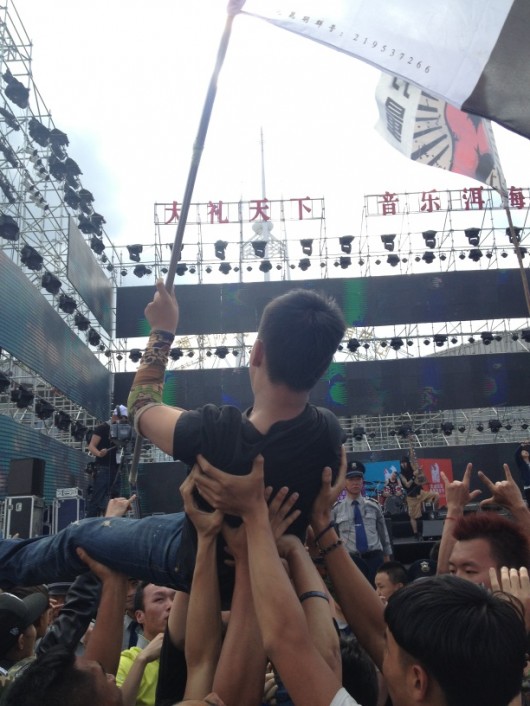 You could mistake this festival for any other in China, MIDI or Strawberry or what have you, full of off-duty Lin Dans, students who have a few days off, square glasses and leopard print leggings, a sprinkled few who seem amazingly out of place, and about as many security guards to make sure things stay copacetic.

Then again, this festival is the first of its kind in a city where “music culture” usually implies white people with dreads selling bongos in Old Town.

While at MIDI you may split your time between an actual band and the Mountain Dew Mist Tent, Erhai’s distractions are minimal: a few food tents, a Converse-sponsored skate park, and a sedated BMW show with a few bored models and no customers. The single stage at the festival, blasting music toward the lake, draws people away from all else.

The three-day event was likely the best-organized rock festival Yunnan has ever seen. No big delays, only one technical fuck-up, a few ejections, Porta Potties cleaner than my own bathroom, cheap food, and multiple trash cans. What more to ask for?

Maybe a nastier crowd, for one. I’m used to dealing with complete jerks at music festivals in Chicago and North Carolina. The (mostly) students near the stage rarely pushed and shoved, and had a tendency to put their hands on each other’s shoulders and mimic a train snaking through the crowd during each set. The only palatable anger on display was directed at the guards, who were quick to push back the crowds or try to squash an aspiring moshpit. But most of the audience’s hands never gave the bird, only the heavy metal horns, which is international sign language for “I guess this is what we do at music festival.” 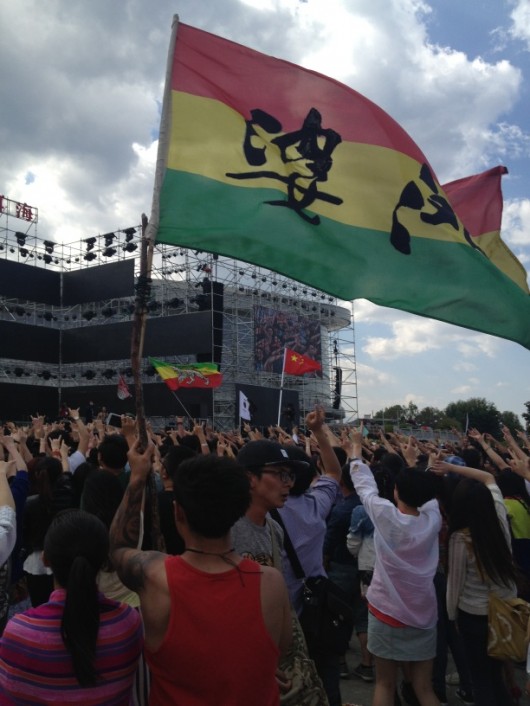 Check out the Douban pages of the participating bands — Escape Plan, Shuangzi, Reflector — and you’ll likely conclude that they’re all rather stale. The songwriting is dynamic, but the recordings are flat and lifeless.

What they don’t reveal is how each band likely got its chops playing small shows in Beijing and Kunming. And every hour and a half at this festival, a band goes on stage and proves they’re meant to be heard live, not through the tinny speaker of a counterfeited Smartphone.

Escape Plan (逃跑计划) gives a reverb-laden performance that reminds me of both Keane and New Order. Their lead singer is one of the few frontmen who doesn’t feel the need to posture, and seems genuinely happy to perform. Miserable Faith (痛仰) has one of the largest fanbases there, a crowd full of logoed flags. Brain Damage (脑浊) performs a short, kinetic, and shirtless power-punk set.

There are also those who underwhelm.

The headliners — with the exception of Xu Wei and former Voice of China contestant Chu Qiao — have certainly seen better days. He Yong (何勇), the Godfather of Chinese Post-Punk, could’ve used a good nap, a sad thought considering his wacky and defiant past. Black Panther (黑豹), one of Beijing’s first metal bands, now with new singer Zhang Qiren, is likewise a big bowl of cheese dressed up like Ronnie James Dio. Smaller bands such as Tiantang (天堂) and the artist Shuangzi (爽子) sound like theme songs to Ed Hardy t-shirts.

But with the possible exception of He Yong, the bands all give off great vibes, and the crowd eagerly returns it (even lesser-known reggae bands like Path of the Dragon God (龙神道), who pushed back their set to fit crowd demand, had plenty of fans singing their lyrics by heart). Zhang Qiren runs laps around the stage, as well as off of it, inspiring about 400 local security men to scramble around him like Keystone Cops and block him off from the mob. Shuangzi calls out for audience participation during “I Don’t Give a Shit” (我不管) and has everyone off their feet in one of the most fun songs that week.

In the middle of “Your Request is Impossible” (你的要求我做不到) by Recycle, a pop-punk four-piece from Beijing, I push my way to the front, trying to get a good overhead of the moshpit. This is what I’m talking about. 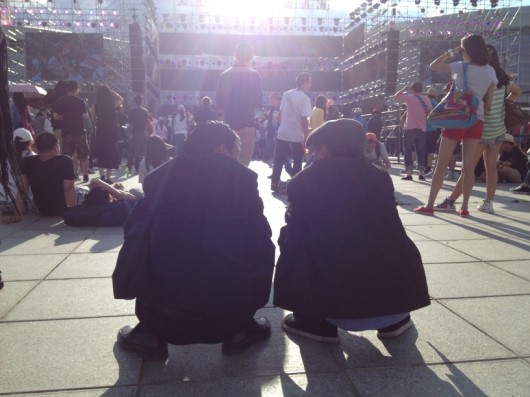 It was common to look up at the Jumbotron on stage and see a close-up of one or two white faces, though there were maybe a dozen foreigners among the thousands. There are still some places in China where the presence of a foreigner is an Event, particularly for those of us expats who hide in the corners of Yunnan and are the laowai of our villages and cities. After my pale face makes the cut, my girlfriend mutters: “Foreigner approaching.”

“Hey, I just heard English and had to come over.”

The guy works in a smaller town outside of Kunming as a lawyer for US visas. He offers to help secure my girlfriend US citizenship.

“Well, we were thinking of a fake green card marri…”

“Everything I do is above board, man. So many misconceptions.”

He leaves us his card and fades back into the crowd. 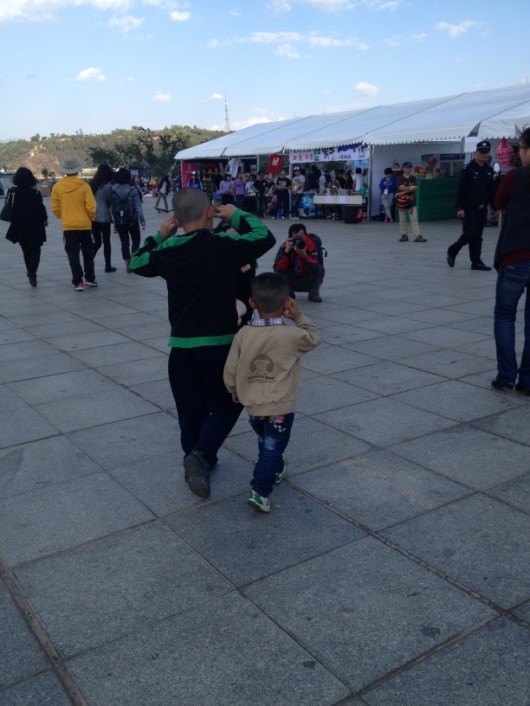 Besides the drummer and guitarist in Xu Wei’s band, there’s only one other foreigner working at the festival, and boy does he work it. Converse, the main promoter, set up a small skate park which doubles as a shoe storage unit. I’m unsure whether they’ll find any promising young skaters, but not for lack of trying. Converse Man offers 100RMB, then 200RMB to the first skater to land a 180° kickflip, and we all wait in suspense. Boards fly into the crowd. I watch for about fifteen minutes before a young boy in dreads finally lands one.

But I mut give Converse Man credit, who’s nothing but positive as young guys fail and fail. If only we could have heard just his voice and not seen the skaters, we’d have assumed they were amazing. Converse Man, get a job at Huawei. You can do them some good.

Back at the Monkey

It’s midway through the second day, and I’ve had enough of reggae-infused aggro-rock and pop music, and leave in the middle of Miserable Faith’s set. Later that night, I run into Lin Dan at Bad Monkey, a popular bar in Dali Old Town. “How were the rest of the bands today?” I ask.

“No. Gotta go back to being a cop tomorrow.”

So it is. And the day after, Dali returns to a city of yuppies and tourists, towners and relocated urban dwellers who’ve found refuge in this backwater. A city of low clouds with a wall, a mountain, a lake, and an alright music scene — at least until next April. 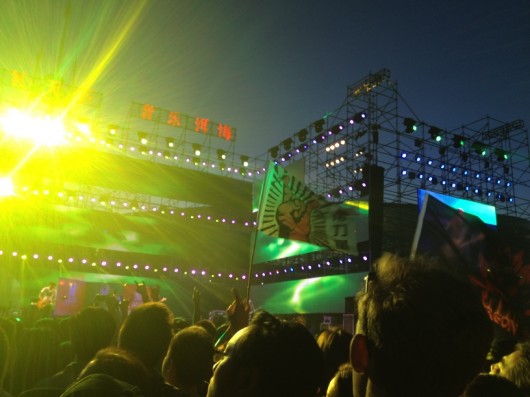 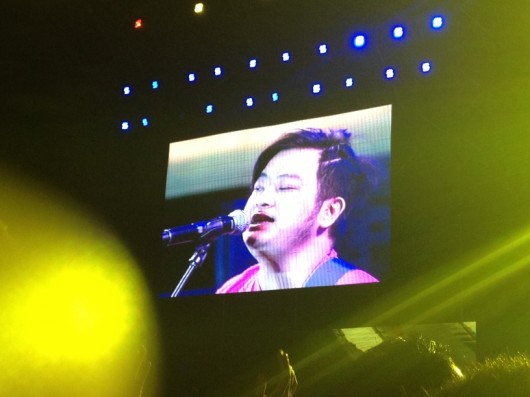 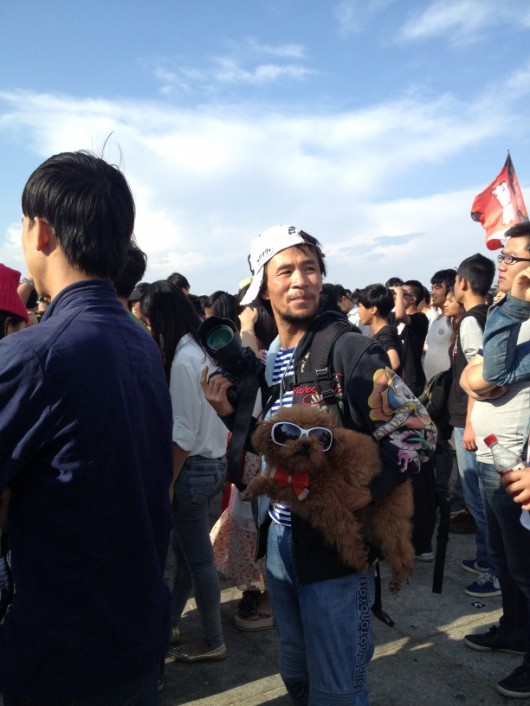 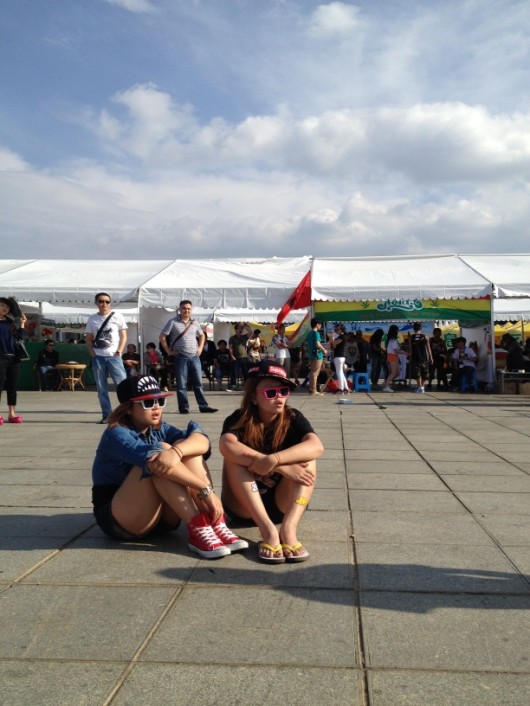