It could be that I have absolutely no understanding of Taiwan politics, but holy catfight! “Members of the ruling party and opposition party fought for control over the rostrum, ahead of a scheduled discussion on the Fourth Nuclear Power Plant referendum,” Taiwan-based The China Post explained.

Taiwan’s legislature is notorious for its brawls between legislators – i.e. elected adults who are supposed to be the representatives of a democratic, civil society — but this recent fight brings politics to a new level: pinching, shrieking, hair-grabbing, pushing, crying. And whatever is happening here: 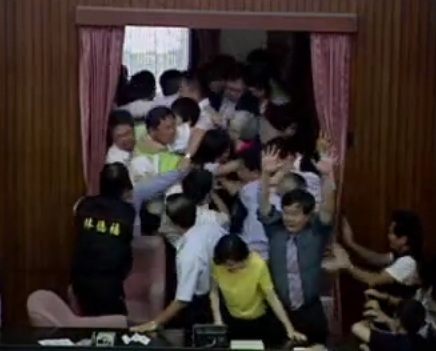 Coffee was used as a projectile as well, which you can watch in the above video. China Post again:

At 6:40 a.m., female lawmakers of the Kuomintang (KMT) gathered in front of the Assembly Hall’s entrance and were able to enter and take hold of the rostrum ahead of Democratic Progressive Party (DPP) members.

Opposition legislators reportedly began attacking KMT lawmakers in an attempt to gain control of the rostrum, giving rise to an all-out brawl.

What was this dispute over, anyway? Taxes, of course. As the Telegraph explains:

The tax, which the government said at the time was part of their efforts to ensure “social justice”, was approved by the ruling Kuomintang controlled parliament in July last year and took effect in January.

But since then the new tax has sparked waves of opposition from influential business groups and big stock traders.

Amid mounting calls to scrap the tax to boost falling trading volumes, the Kuomintang government decided to revise the tax, but the attempt encountered strong objections from the three opposition parties. 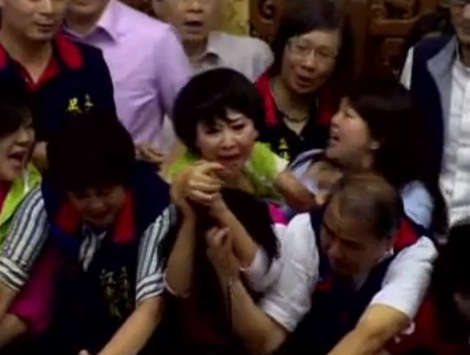 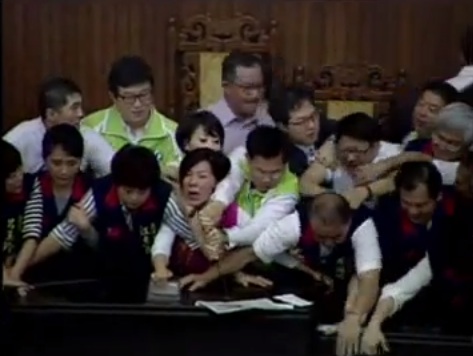