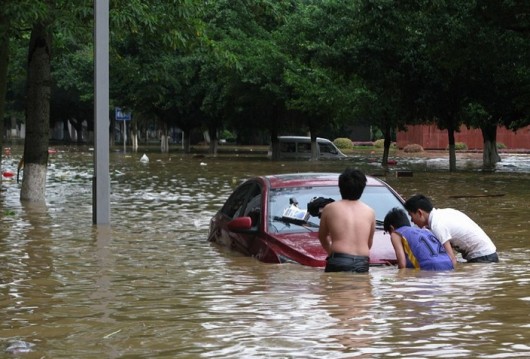 It’s raining everywhere, and not the good kind, under which one might twirl around a lamppost. In Liuzhou, Guangxi, rains have caused flooding and prompted local blogger Liuzhou Laowai to exclaim, “It’s a holiday. It has to rain!” Here are more pictures of afflicted Guangxi Jiangxi towns via Xinhua.

In Dingzhou, Hebei province on June 7, a student on her way to gaokao fell into a ditch and drowned during a thunderstorm. “The current in the drainage ditch was furious after the storm unleashed 97.2 millimeters of rain in three hours, and the family was forced to hire an excavator to try and rescue the girl, to no avail,” reports Shanghaiist.

In Hunan province, at least three are dead after rains caused a landslide, while 200,000 people have been affected in Anhui province.

“Lovely” June thunderstorm — and painful. I just scootered through it.

Or as David Feng puts it:

All of this follows huge storms that left 55 people dead and 14 missing last month in the south. “The Chinese Ministry of Civil Affairs website says at least nine provinces have had storms and some flooding and landslides since Tuesday. It says Guangdong province has been hit the hardest, with 36 deaths and 10 missing people, followed by Jiangxi province, where six people are reported dead and four more missing,” reports AP.

Rain is no fun, especially during holidays. Stock up on beer and liquor, everyone. Time to bunker up and play some Settlers of Catan. 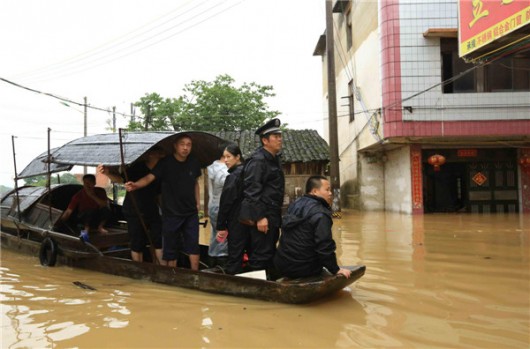 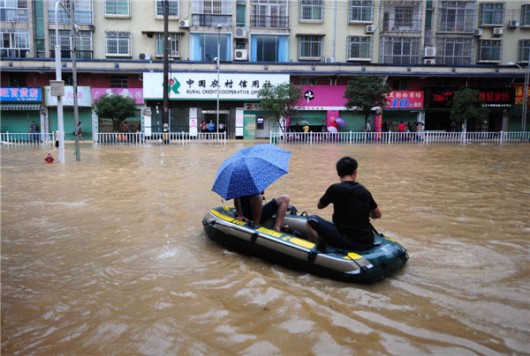 (Images via Chinanews.com, Xinhua, all from Guangxi)