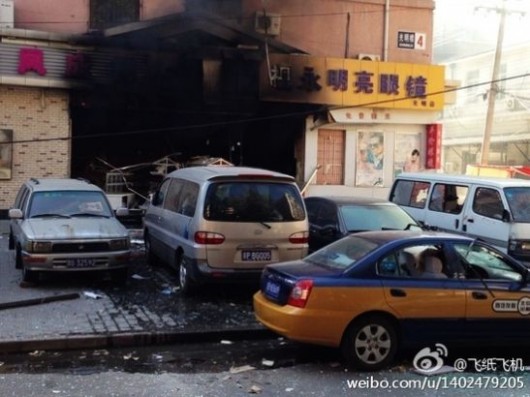 The latest, as told by Sina:

A explosion happens in a cake shop at about 07:30 July 24 in Chaoyang Dongcheng District, Beijing. The fire caused by the blast has been put out. About 8 people were injured. The police has ruled out the possibility of human factor behind the explosion, saying that it is a gas explosion accident.

UPDATE, 3:26 pm: Of the 21 injured, two have died from their injuries, according to Xinhua (h/t the Beijinger). 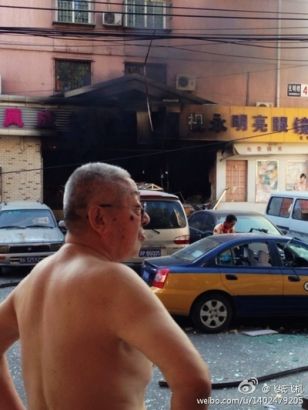 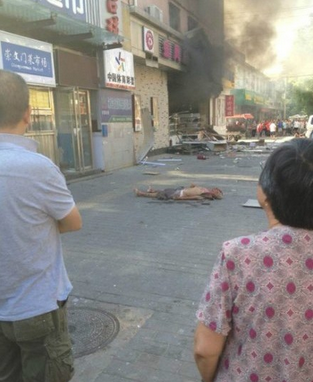 NetEase — which reports 21 injured as opposed to eight – has a lot more pics, with blood. 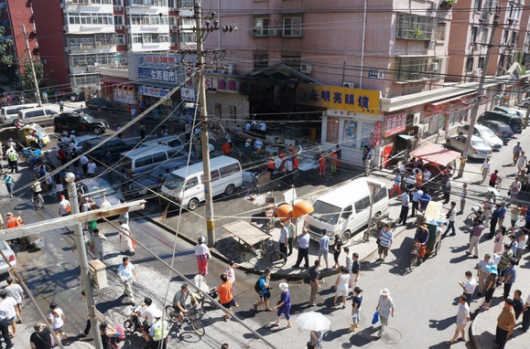 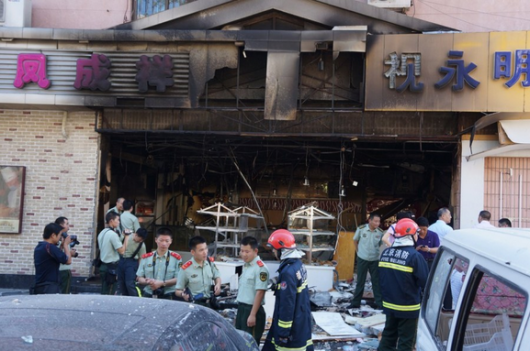 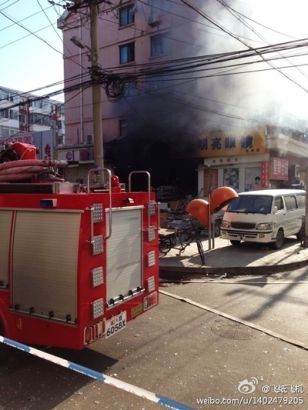