We’ve seen NBA players — namely, those on the Miami Heat — try to speak Chinese before, to bad results. We wish we could say this video, featuring Dwight Howard and John Wall, was better, but why would we say that?

1. Yi Jianlian. The man wasn’t even on an NBA roster last year, and he’s still being called on as the league’s go-to ambassador for Chinese basketball. (Jeremy Lin: way too American.) Yi’s filled this role before — check out our post “Veritable NBA All-Stars Plus Yi Jianlian To Appear In A Chinese Movie” — but never this prominently.

Also, look at this: 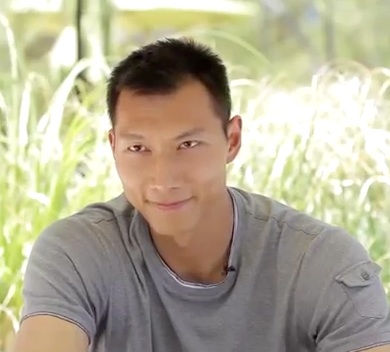 2. Dwight Howard, only because it gives us the opportunity to link to Charles P. Pierce, writing in Grantland:

Is there a bigger fake in this league? Seriously, the guy came into the NBA with a smile on his face and Bible verses on his shoes, and there hasn’t been a player in my memory who’s dived for every nickel with the enthusiasm this guy has demonstrated. (Dwight? Rich man. Camel. Needle’s eye. Google these terms along with “New Testament” and get back to me.) He can’t help being injured. He can help being miserable, though, and this guy is simply never happy. He wasn’t happy in Orlando. He wasn’t happy in L.A., and he’s not going to be happy wherever he ends up next. This would be tolerable if he brought championship ball with him. (Shaquille O’Neal wasn’t always a field of buttercups, either.) But the guy doesn’t necessarily help you win. He looks great — not good. Great — in the uniform. At the baggage carousel, there’s nobody more formidable. On the court? Not so much. He couldn’t really mesh with Kobe Bryant and he never really got along with Mike D’Antoni, and now he’s back running the grift again. Please, Houston, sign this guy. Moses Malone will come back from retirement just to kick his ass.

Yi, in Chinese: “With Ricky Rubio joining you this might turn into your very own ‘Lost in Thailand.’”

Wall, in Chinese: “I see myself more as Jackie Chan.

Note to the subtitles guy: Yi is speaking in his native language. You don’t have to render it as Chinglish in the translation.

4. Pronunciation-wise, by far the best line uttered by either American was, “I fart.”

For the record, Howard’s Chinese was better than Wall’s.