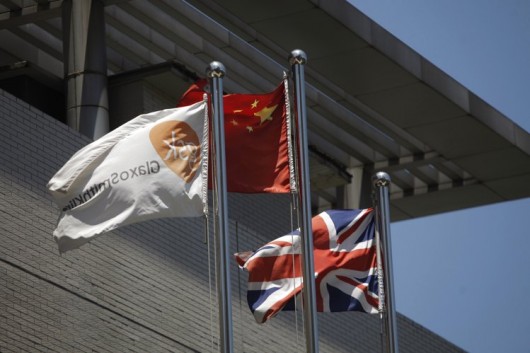 More information is emerging in the Chinese authorities’ case against British pharmaceutical company GlaxoSmithKline (GSK). To bring you up to speed: the New York Times reported Monday that “high-ranking executives at the company’s China operations used travel agencies as money-laundering shops to funnel bribes to doctors, hospitals, medical associations, foundations and government officials.” So much money was being funneled that local travel agencies “would compete for the chance to take part.” Four GSK executives — all Chinese nationals — were detained.

That night, a company executive went on TV to apologize and detail his wrongdoing, as documented by The Telegraph:

“Having spent time reflecting over the past couple of days, I think the money we spent to run our business was too much,” said an unshaven and dishevelled Mr Liang, dressed in a striped polo shirt.

“All of these costs [of our bribery] were included in the price of the drugs. The money we spent running the business accounted for about 20pc to 30pc of the drug price”.

And yesterday, Bloomberg — NY Times’s cohort in websites banished behind the Great Firewall — noted that the depth and influence of the executives’ corruption was special:

These charges come at a time as GSK is expanding its China presence.

Prior to a police probe that began last month, Glaxo embarked on a strategy that tripled its Chinese sales force to more than 4,000 people in three years as the U.K.’s largest drugmaker sought a bigger share of the market. As that expansion was ramping up, Chief Executive Officer Andrew Witty told analysts on a February 2010 conference call that controlling Glaxo’s operations in China was “not a trivial proposition.”

The company could be ordered to pay up to $10 million, according to Kepler Capital Markets. But experts told Bloomberg that it wouldn’t really matter, since GSK is big pharma, and $10 million is a pittance.

“While being involved in criminal offenses and associated with illegal actions is clearly damaging for GSK’s reputation, I doubt that this will be of material impact for the company,” [Fabian Wenner, a Kepler Capital health-care analyst in Zurich] said in an interview yesterday. “I haven’t spoken to any investor who is concerned about this yet.”