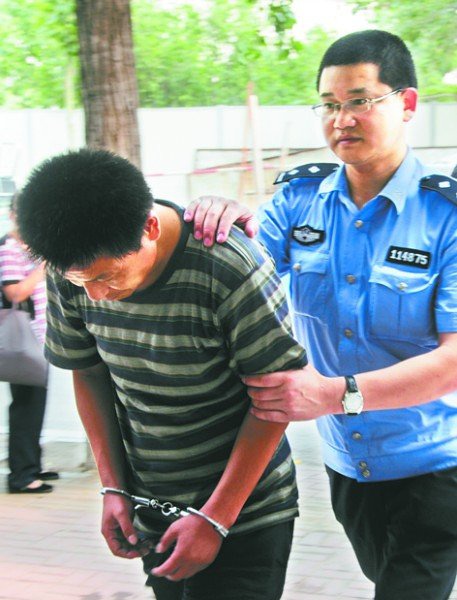 It sounds like a Hollywood thriller: 33 crew members start off on an ocean voyage on the Shandong No. 2683 trawler; when the fishing boat returns eight months later, only 11 men are left, with 20 killed and two missing.

On June 20, a Weihai court in eastern China’s Shandong province convicted all 11 of the men for murder, reports Xinhua News Agency. Five of the men received death sentences, one was given a suspended death sentence (life imprisonment, basically), and the other five were given 4- to 15-year sentences.

The Shandong trawler massacre was reportedly engineered by 28-year-old Liu Guiduo, who was unhappy with his salary and perceived injustice on the boat. The men on board were to be paid 45,000 yuan ($7,200) per year, plus commission, for two years of service at sea.

Under the leadership of Liu, a gang plotted to hijack the vessel and hold it ransom as it was sailing near Chile in June 2011. Those who tried to foil the plot were stabbed to death or forced to jump into the ocean.

Among the 33 onboard, only 10 had experience on the ocean. Eighteen were missing the relevant legal certificates.

On June 16, 2011, while refueling on the Chilean coast, Liu Guiduo reportedly teamed up with Bao De and several other men to hijack the boat. An injured captain Li was forced to steer the trawler back to China.

The next morning, kitchen chef Xia Qiyong, carrying a knife, asked to see the captain. In the ensuing tussle, one of Liu’s men stabbed Xia, and Liu’s gang threw him overboard. Chief officer Fu Yizhong was taken hostage.

By July 20, the boat had reached western Hawaii. Liu Guiduo, Bao De and their accomplices plotted to kill six crew members suspected of revolt. Those six — plus three others — were dispatched that day, and another man, a college graduate named Ma Yuchao, went missing that night.

On July 24, with the trawler 1,000 miles east of Japan, Liu Guiduo received secret information that Bao De and friends were conspiring against him. That night, Liu set a trap and killed Bao and five others. Most were stabbed or forced to jump into the sea.

Finally, on July 25, the trawler took on water, and captain Li was forced to telephone Shandong for help. Four men tried to escape on a rubber raft, but — horrifically — it drifted back to the boat. Liu Guiduo, Li Chengquan and other survivors stoned those on the raft and watched most of them drown.

One man, Song Guochun, was pulled aboard, only to be summarily executed. He was bound with iron and thrown into the sea.

On July 29, the agricultural department of China ordered China Fishing Administration Boat No. 118 to pull Lu Rong Yu 2683 back to China. On the morning of August 12, the trawler returned to Shidao Fishing Port, where it had started off eight months prior. On the day of arrival, the 11 men onboard were immediately detained.

3 Responses to “Horror On The High Seas: 22 Crew Members Of Shandong No. 2683 Trawler Murdered Or Missing”

Leave a Reply to AA