Three people are dead and five injured after a knife attack in Shenzhen this morning. Reports Xinhua:

Police received a call at 9:45 am Monday saying that a man was randomly attacking passersby with a knife on the side of a road in the city’s Luohu District.

The suspect is a 40-year-old surnamed He who has a history of mental illness. He is originally from Jieyang, Guangdong province.

He allegedly left his apartment Monday morning while experiencing a mental disturbance, rushed into a roadside restaurant, seized a knife, injured the restaurant’s owner and then attacked passersby, according to the investigation.

Ifeng has some graphic pictures here. The above video shows police detaining the man.

There have been a spate of knife attacks in the past week and a half. In Beijing on July 18, a mentally unstable man killed two people outside a mall, prompting discussion about whether China is providing adequate support for those who suffer from serious mental health issues. 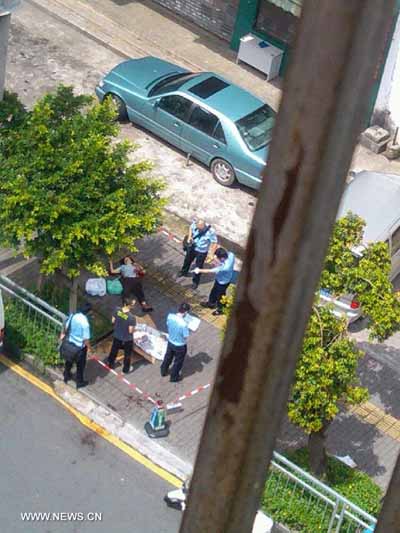