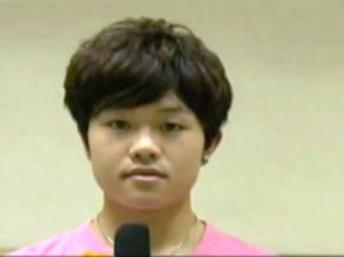 Since allegations emerged in February that Li Tianyi participated in a gang rape of a girl in a Beijing hotel, his name has been connected with his father, Li Shuangjiang, a famous PLA tenor. The fact that he’s the son of a well regarded celebrity with connections to the Party should have spared Li fils from the worst of media scrutiny, but for whatever reason, that hasn’t happened. And his new lawyers — new because his old ones were fired — are pissed about that.

The new defense lawyers of one of the suspects in a high-profile gang rape case have slammed the media for naming their client even though he is a minor, and therefore subject to privacy laws.

The name of the minor, surnamed Li, was released in connection with an alleged gang rape that took place in Beijing in February.

You’ll notice that Global Times, in its report, chose to withhold Li’s first name, as well as his parents’ names. His defense team deserves a raise already!

But see, here’s the thing: Li might actually be 19 years old, making him an adult. As SCMP reported back in March:

Angry netizens pointed to earlier media interviews given by his famous parents, which seemed to indicate that the son was in fact a few years older, and speculated the family might have pulled strings to falsify records, in the hope of helping their son escape the full wrath of the law.

In any case, accusing the media through the media of committing an ethics violation seems like a flimsy defense for rape. One might even say a desperate one.

It might not matter in end. Here, again, is Global Times, publishing a Xinhua story — that’s Xinhua, the official outlet for official PRC news — on July 8:

Li Tianyi, son of two famous military singers, was indicted on Monday by the Haidian People’s Procuratorate in Beijing along with four other accomplices for allegedly gang raping a woman.

One Response to “Li Tianyi’s Lawyers Lash Out At Media. That’s One Way Of Fighting A Gang Rape Charge”