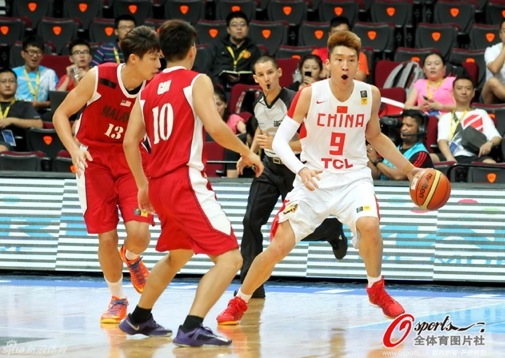 China got a wake-up call yesterday in the 27th FIBA Asia Championship in Manila, losing to South Korea 83-79. Today, it took out its frustration on Malaysia with a historic beating.

China scored the first 28 points. More than nine minutes lapsed before Malaysia made a bucket.

A lot of times in blowouts, a team will race ahead to a large deficit — 40, maybe 50 points — and then put it on cruise control. The overmatched but determined opponent will then shave the margin to a respectable 30 by game’s end. This is not what happened here. One suspects China would have won by 120 if the game had gone another 10 minutes.

Chinese media have been saying the 91-point victory margin is a “record,” without clarifying exactly what kind (FIBA Asia Championship record? FIBA Asia?).

But what we do know is that the previous record was 90 points, set by Iran. Yesterday. Against Malaysia.

China plays Iran tomorrow at 5:45 pm in a battle of heavyweights. If you’ve missing been missing basketball, watch this game. (Also, watch South Korea vs. Iran, which is more or less beginning now on CCTV-5. A battle of the top two teams currently in Group C [though Iran, South Korea, and China will all advance to the next pool-play stage, so the result doesn't matter too much].)

@beijingcream @stanyee turns out malaysia is playing with a heavy heart, on top of it all … http://t.co/mNeXWkZDmb