South Korea’s not known for its basketball, but it made a huge statement in the opening game of the FIBA Asia Championship yesterday in Manila, beating the defending champs — that’s China — 83-79 in a game that Nick Bedard of Buddha Basketball said kept “everyone… on the edge of their seats.”

Perhaps Korea was paying back China’s soccer team for the 0-0 draw in the East Asian Cup. This FIBA tourney serves as qualifying for next year’s FIBA World Cup in Spain — the top three qualify — with the winner also earning an automatic spot in the 2016 Summer Olympics in Rio de Janeiro, Brazil.

Yi Jianlian finished with a game-high 23 points and 10 rebounds, though he did get dunked on, as you can see above. Bedard sets the scene for us:

Korea is down by three points late in the second quarter.

China is looking to pull away as they maintain possession on the offensive end.

A baseline inbound pass from a Chinese player landed right in the hands of Korean guard JooSung Kim.

Kim dashed the entire length of the floor before throwing down a viscous one handed dunk over a challenging Chinese superstar Yi Jilian.

China doesn’t seem to be feeling any lingering effects from the loss though. It scored the first 28 points in its game vs. Malaysia today, and — as we speak, actually — lead 31-2 at the end of the first quarter. You can watch the slaughter on CCTV-5.

We’ll note as politely as possible here that Malaysia is awful at basketball, having lost by 90 points — 115-25 — in its first game against Iran. 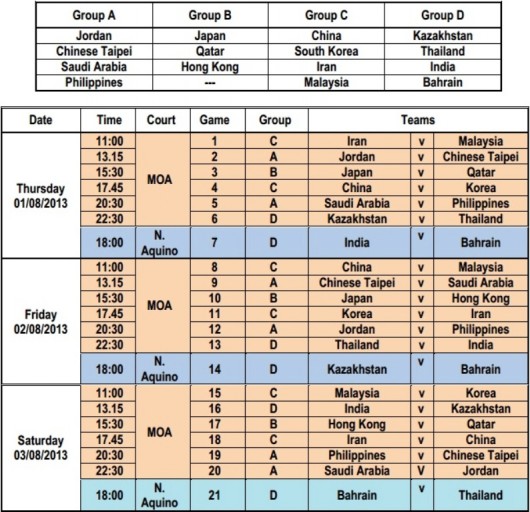