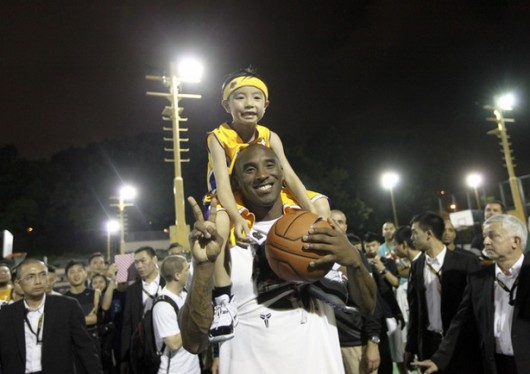 Kobe Bryant is currently in China with Nike, for the eighth time, to “inspire young athletes.” “As a key part of his tour, Bryant will surprise fans by dropping in at various basketball courts in each city to watch players who have heeded the call to come out and play basketball at night,” Nike reports, so if you want a chance to meet Kobe, get out there and play basketball on your city’s most popular court at night.

We’ve noted before, of course, that Kobe is very popular in China — he has a statue, after all, and here’s his professionally run Sina website. Maybe it’s because the media here has pushed the “next Jordan” angle for almost as long as Kobe’s been an NBA All-Star. Maybe it’s his willingness to come to China in the first place (surely Nike execs have whispered in his ear). Maybe his hyper competitiveness? He’s recovering from Achilles surgery, and judging by what he told reporters a few days ago, he’s out to break the record for fastest rehab. “Because of that the recovery has been different, the timetable has been different, the normal timetable for recovering from an Achilles, we’ve shattered that,” Kobe said in Shenzhen, as reported by Sporting News.

Speaking of Shenzhen, here’s the crowd that turned out for him:

Oh, and here he is tossing Ramen in Xi’an, via Weibo via China Navis: 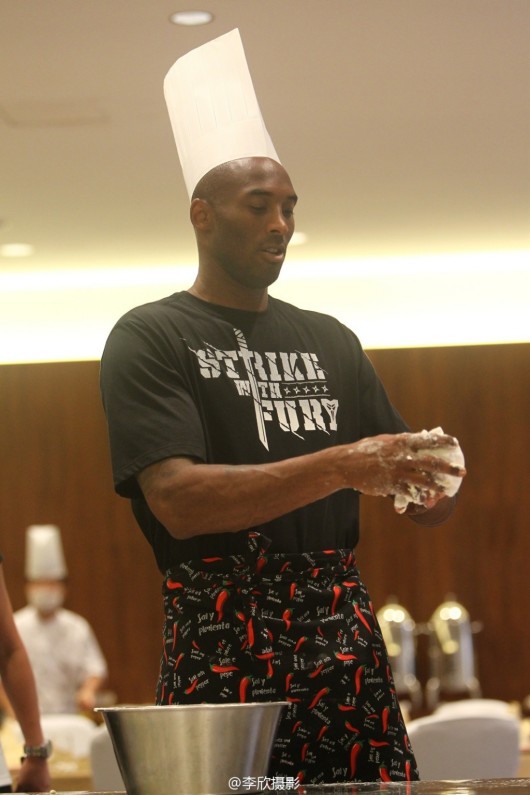 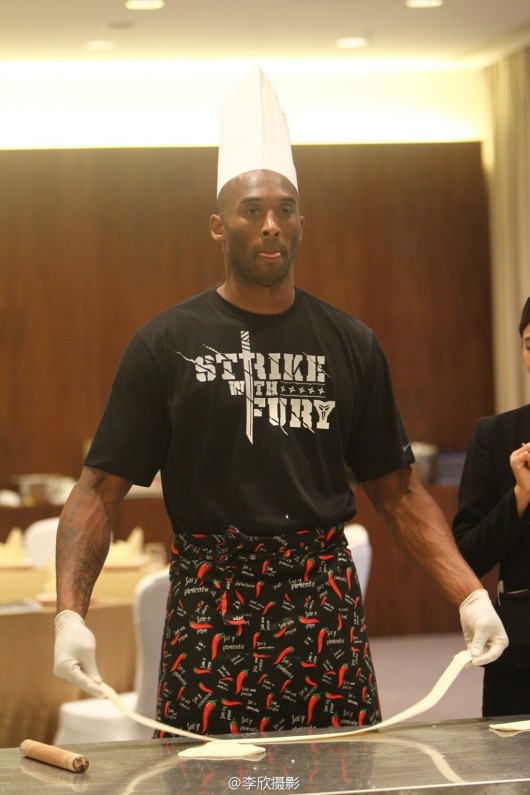 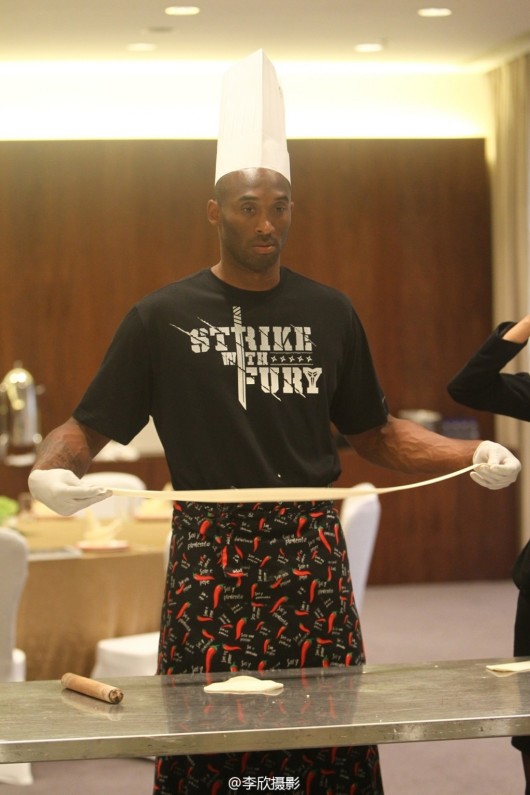 Kobe is in Shanghai today, tomorrow, and Friday, then will stop by Nanjing on Saturday before arriving in Beijing on Sunday, August 11. Expect a big welcoming party.