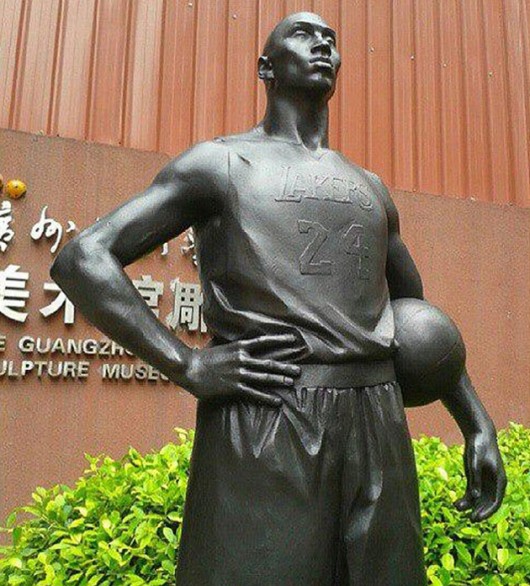 Move over, Stephon Marbury and Shaquille O’Neal: another NBA player has a statue in China.

Of course it’s Kobe Bryant. Reports Dan Devine of Yahoo’s Ball Don’t Lie via Lakers fan Eddie Robles: “there appears to be a sculpture celebrating Bryant in the Chinese province of Guangzhou.”

It’s located at Nanshan Road in Panyu District of Guangzhou, Guangdong province, for those of you seeking to make a pilgrimage. It appears to be standing outside the Guangzhou Academy of Fine Arts’s Sculpture Museum.

When you’re a 15-time NBA All-Star, you probably deserve a statue — maybe outside your home arena first, or in your home city, or even country, instead of halfway around the world. But we suppose this latest development isn’t too surprising: Kobe has been compared to Michael Jordan by Chinese basketball fans since more than a decade ago, and is perhaps the most popular active basketball player here.

Here are two more looks at it, via Sina Weibo: 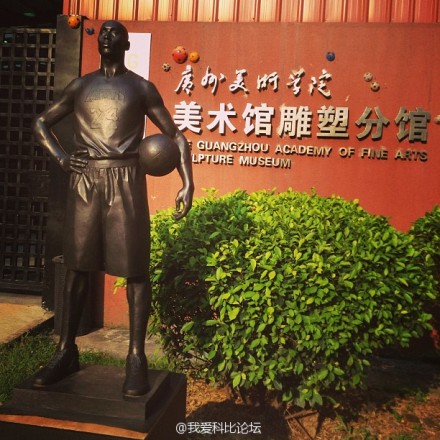 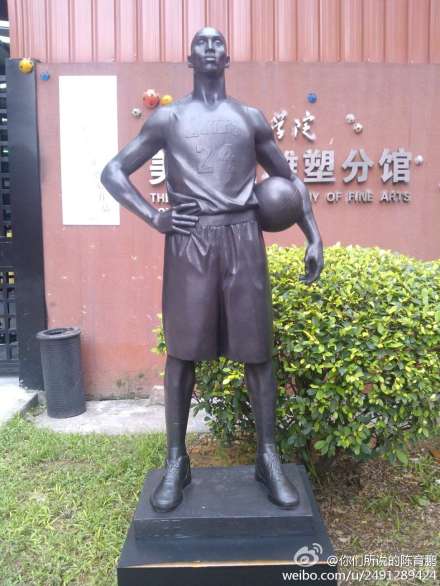