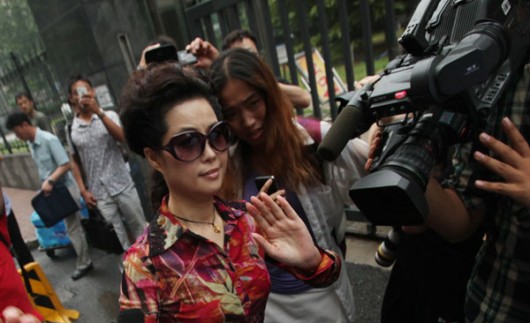 One high-profile trial ends, and another begins.

Li, who is also known as Li Guanfeng, and four others are accused of gang-raping a woman surnamed Yang on the night of February 17 in a hotel.

Li’s defense team, when not lashing out at the media, has implied not-so-subtly that Yang was a prostitute. Li’s mother, Meng Ge (also a singer), filed a claim accusing Yang’s employer of condoning pimping and prostitution.

According to a China.org story earlier this month, “Li’s mother Meng Ge filed the claim with the Beijing Public Security Bureau, accusing bar manager Zhang Guangyao of pimping and extortion.”

The bar said it might sue for this “slander.”

Yang is reportedly suffering from psychological stress and has been hospitalized.

The Beijing Times quoted an alleged insider in telling details of the crime earlier this week. The insider claimed Li and his friends forced the victim, the drunk Ms. Yang, into a hotel room and beat her after she refused to take off her clothes. Li Tianyi was the first to rape the girl, the others followed suit without wearing condoms. They then gave Yang 2,000 yuan and left her on the side of the road.

According to the report, Yang is a 23-year-old from Hebei Province and a secretary with an advertisement company. She worked part-time at the bar to earn tips. Zhang, the Global Club manager, asked her to entertain the guests.

Meng Ge (pictured) had asked for the trial to be made public, but that request was denied because the case involves minors.

Li and the other suspects were detained on February 20. 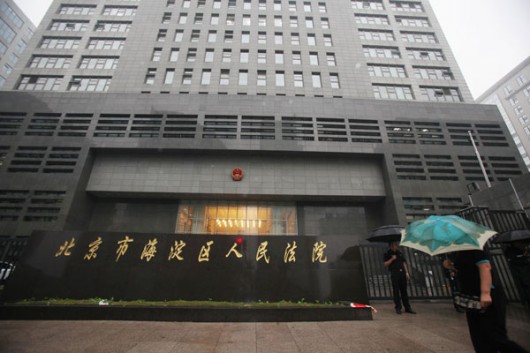