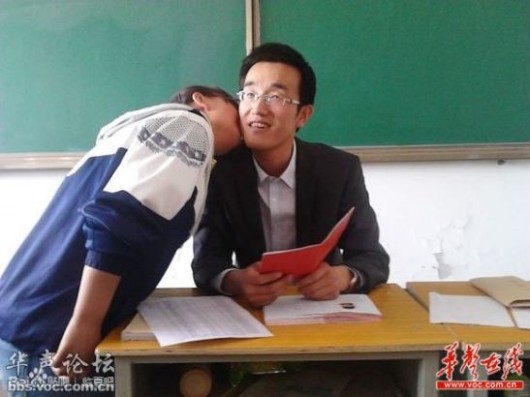 For one second, let’s appreciate the masterfully creepy expression on this middle school teacher as he demands his (female) students give him a kiss before giving them their diplomas.

And then let’s consider… he did what?

An Internet commenter in Linxia County of the province said last night that Zhang Runhua, a teacher of seniors at local Tuqiao High School, forced all the schoolgirls in his class to kiss him on the cheek or let him kiss them. The whistleblower said these girls could not get their diplomas from Zhang without a kiss.

That’s from Sina, which has a lot of photos of Zhang. (Something’s a bit off on the translation; NetEase says middle school, which seems more right, considering how young the girls look.)

The guy’s been suspended by the Linxia Education Bureau and is currently under investigation.

One of Zhang’s colleagues said Zhang was an excellent teacher.

It was graduation day. The sun shone, and the birds sang. The class is made up of 48 (!) students, and they were all there as they waited in turn to receive their diplomas:

At first, the handing out of diplomas by the teacher was accepted by the students with bows, salutes, hugs and handshakes. As the atmosphere began to be more festive and among supportive cries by the students, some students would kiss the teacher [when receiving their diplomas]. Everyone was very happy, and no one protested against the proceedings.

A representative of the Tuqiao High School made this statement:

“From [other] photographs provided by the students of the scene, actions like shaking hands, bowing and hugging had also occurred at that time. The atmosphere of the proceedings was very pleasant, and there were male and female students present. The students are very angry with this rumor having placed things out of context.” 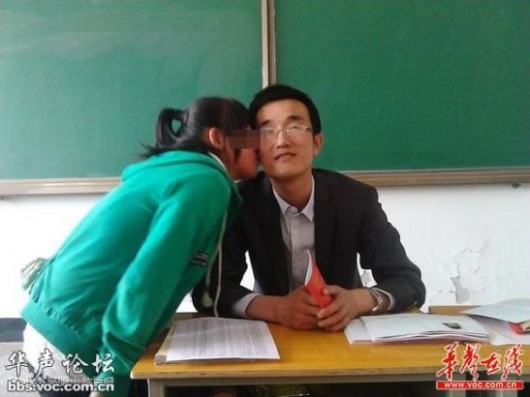 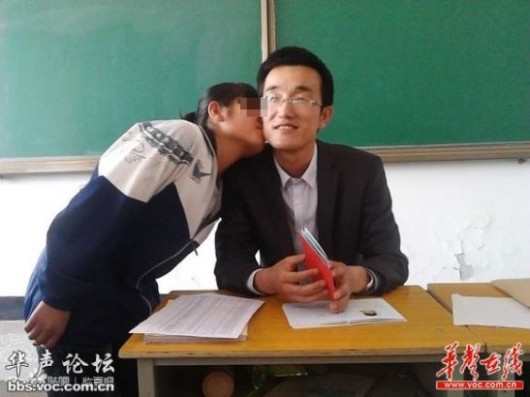 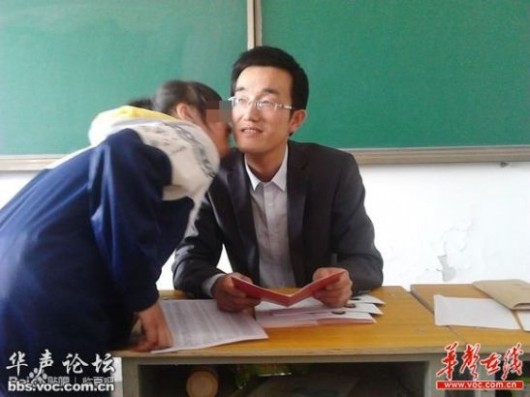 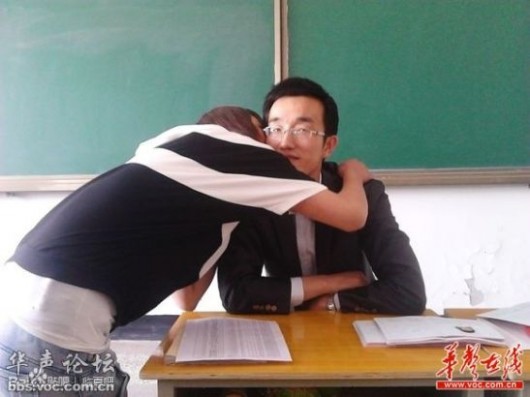