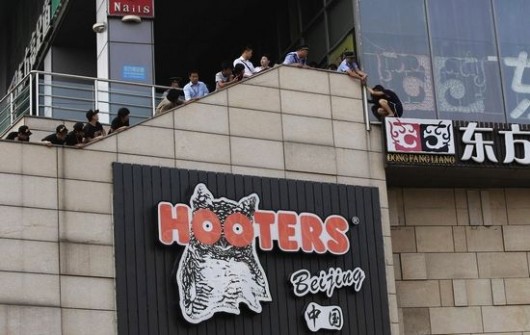 A young woman scaled a railing above the Sanlitun Hooters in Beijing yesterday at around 9:30 am and threatened to jump. Policemen were soon on the scene. After a bit of talk, one quick-thinking officer handcuffed his wrist to hers before pulling her to safety.

Sina has this story:

After receiving the report, the police soon arrived at the scene and began to persuade the woman out of suicide. Some of the policemen used his handcuffs to stabilize the woman. She was finally brought to the ground safely after half an hour of mediation.

Nice going. Of course, it’s only the second-best suicide rescue of the week. 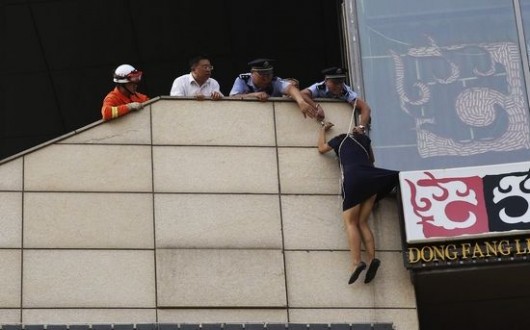 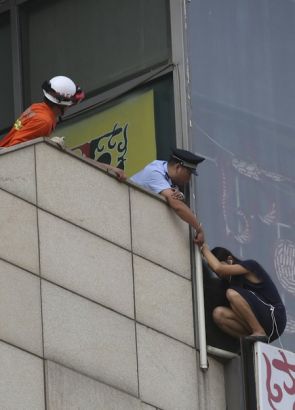