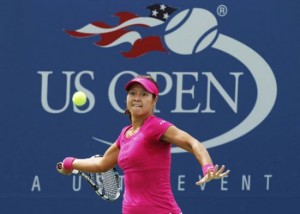 The note didn’t elaborate on her reasons: the burnout from excessive training, the outrage at her coaches’ attempts to squelch her romance with a male teammate named Jiang Shan, and the debilitating period which the team leader wanted her to play through by taking steroid pills, to which she was allergic.

China Daily retorted with a statement from the Tennis Management Center of General Administration of Sport of China, which denied that Li was forced to take “steroid pills.”

The cynical will snicker about such a swift, seemingly oversensitive response from a Chinese sports governing body to what was essentially a throwaway line in a 5,000-plus-word article. But China’s tennis officials were right to issue a response. Steroid accusations are never taken lightly, in any sport (except maybe American football, where — for the athletes’ sake — I hope all of them are on some sort of performance enhancer), and more vitally — the officers were correct.

The New York Times issued this correction on Wednesday, and appended the change in its piece:

The error was apparently one of mistranslation, reports SCMP:

Reporter Larmer later revealed that the article’s background information had been pieced together from interviews with Li and parts of her Chinese-language biography Fighting Alone. The term “steroid pills” had been a mis-translation of the Chinese term for “hormone medication.”

(Quick aside: what medications are classified as steroids, which are deemed illegal, and why, are actually more arbitrary than it should be. A discussion for another time, another website, possibly.)

Eisenbud notified media of the apology in a press conference after Li’s August 28 victory over Sweden’s Sofia Arvidsson in the US Open, Tencent Sports reported. He told reporters that Li was “already in the final stages of her career” and unverified rumours of steroid abuse would not faze her.

“She has already invested a lot in playing tennis for China,” Eisenbud reportedly said. “Please give her more of your attention and encouragement.”

Li Na is currently in the final 16 at the US Open. We are rooting for her, actually, and if you want to do know why… go read Brook Larmer’s article.