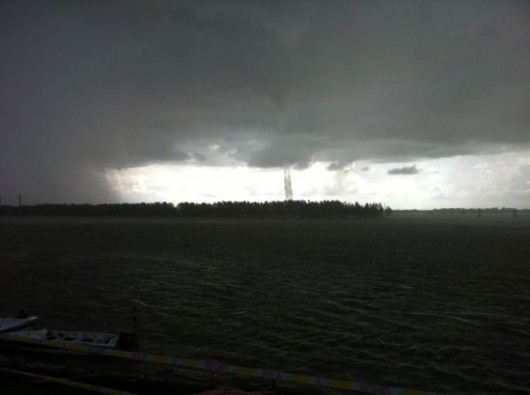 According to Wikipedia, a waterspout is “an intense columnar vortex (usually appearing as a funnel-shaped cloud) that occurs over a body of water, connected to a cumuliform cloud. In the common form, it is a non-supercell tornado over water.” That’s awesome.

They usually appear in the tropics, but one was recently spotted in the northeastern Chinese province of Heilongjiang. As described by Sina:

A rare waterspout was spotted on the Songhuajiang River which runs through Daqing city in northeastern Heilongjiang Province on August 19. Hail as big as pigeon eggs then descended on the area, lasting for about ten minutes. 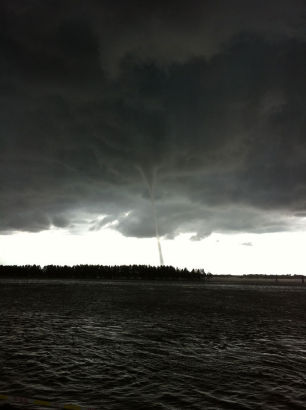