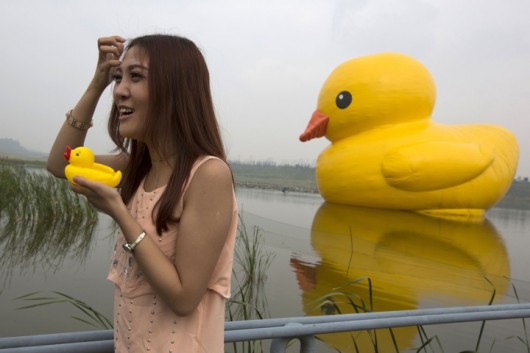 That rubber duck — you know the one — looked pretty sad in its new environs of Beijing last week. Check out these photos via AP, and the accompanying story via Reuters:

The 18-metre (60-foot) tall duck, on show at the Beijing International Expo, appeared wrinkled and its beak drooped, prompting a barrage of ridicule on the Internet, the official Xinhua news agency said on Sunday.

Zeng Hui, deputy manager of the Beijing Design Week Organizing Committee, said “there were some flaws” in the duck, which currently sits in the Yongding River.

The snafu prompted one netizen to joke that the duck wanted to look like a chicken so that it would avoid the city’s Peking Duck restaurants, where specially bred ducks have air pumped through them after being slaughtered to help produce the dish’s crispy skin.

Zeng said the committee “adjusted it overnight.” Here’s the duck after getting a beak job: 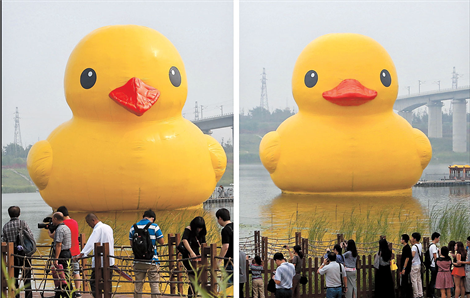 The Florentijn Hofman-designed duck will remain on the Yongding River until September 23, when it is shifted to the Summer Palace.

We feel slightly sorry for the Beijing Design Week organizers, who I’m sure have prepared tons of interesting, creative exhibits that no one will visit or care about, because RUBBER DUCK. 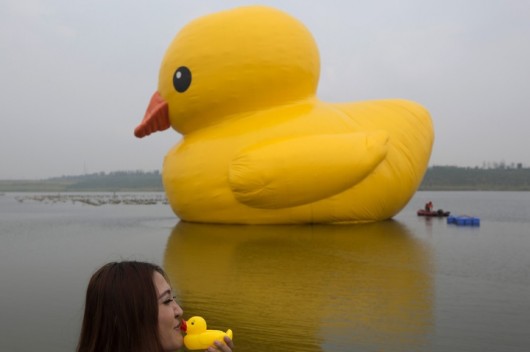 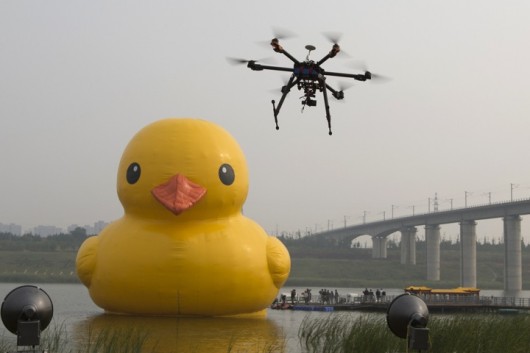 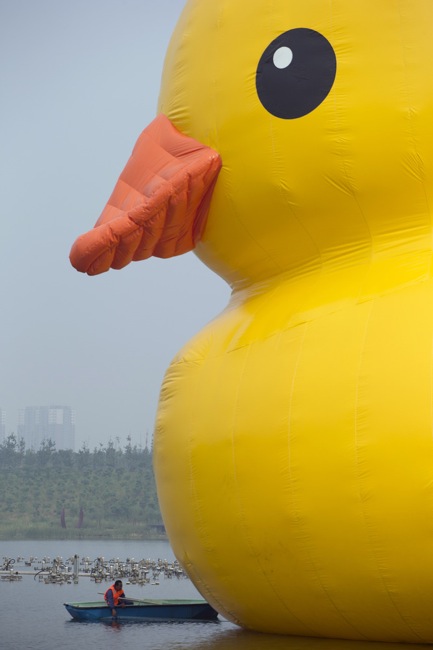 One Response to “Beijing’s Rubber Duck, For A While, Looked Really Sad”