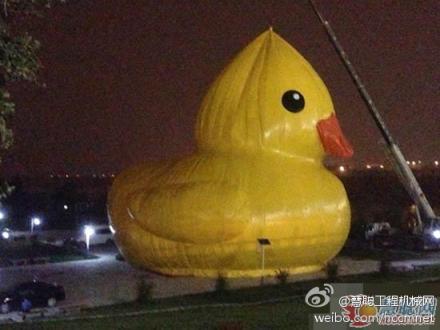 SCMP reports that the rubber duck was inflated last night, three days before its official unveiling. And a reminder that it’s big — bigger than the one that was in Hong Kong, also designed by Florentijn Hofman.

Hofman’s creation will first been exhibited at the newly built Beijing Garden Expo Park in Beijing’s southwestern outskirts until September 23. It will then be moved to the Kunming Lake in the Summer Palace until October 26.

Some more pictures via Sina Weibo: