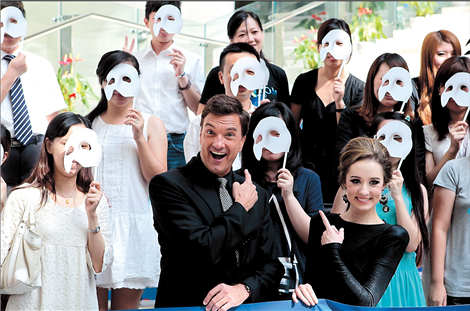 That picture, via Shanghai Daily, doesn’t make the most convincing sell for the show. Then again, who needs good photo-ops when you have videos like this:

The Phantom there, of course, is Ramin Karimloo, singing down the chandelier just before the Entr’acte during a special 25th anniversary performance in London.

Be on the lookout for tickets, Shanghai people. This will be so much better than Metallica.*