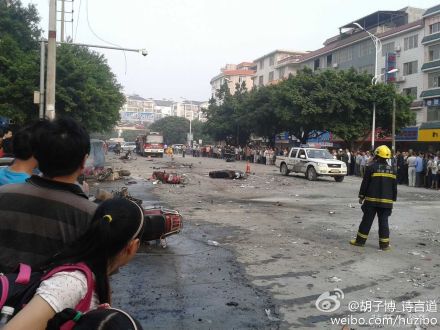 An explosion outside Balijie Primary School between 7 and 8 am today in Guilin, Guangxi Zhuang Autonomous Region has left at least two dead and 17 injured. Witnesses told Xinhua that the explosion happened when “a man riding a three-wheeled motorcycle passed the entrance,” though the exact cause of the blast remains unknown.

“First, the motorcycle caught on fire and then it exploded with a huge sound that could be heard from far, far away,” a witness told Xinhua.

A dozen motorcycles are scattered around the explosion site and the window panes of some cars and stores by the school were damaged.

Here’s a picture on Sina Weibo via @胡子博_诗言道 of a guy missing a torso. I should say: just a pair of legs on some blood. Don’t click that if you’re disturbed by such things. (Awesome what Sina will censor — Bo XiXXX — and what it won’t, right?)

The man who died appeared to have been the bomber, the official news reports said. The bomb was in a three-wheel bicycle, which might have been electric or gas powered.

“Some media said the cause of the explosion could be somebody being involved with a feud with the school principal, who took his retaliation to extremes,” said the People’s Daily, the mouthpiece of China’s ruling Communist party.

“Yesterday, the principal Qin Zhuanhong denied the claim, saying he had very few enemies and he does not know the blast site tricycle driver.”

Officials in the southern city, in the Guangxi Zhuang Autonomous Region, also said reports that the principal was involved in a feud were “simply rumours” that police had not confirmed, the newspaper said.

We’ve updated the headline to reflect the new injury count. 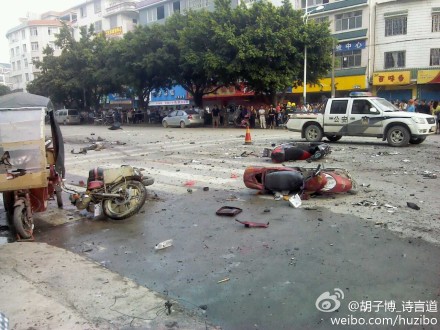 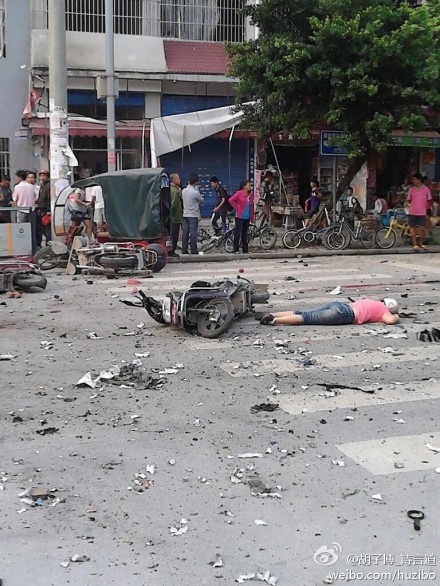 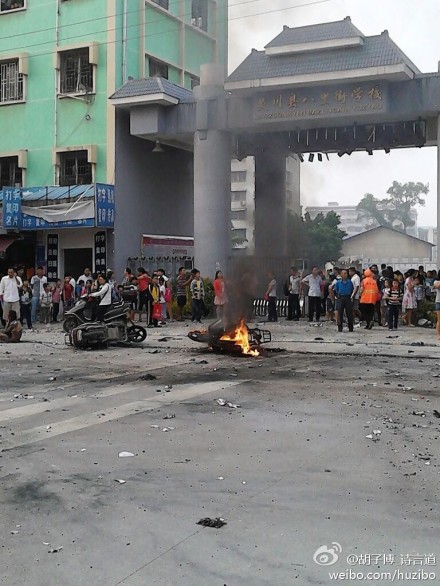 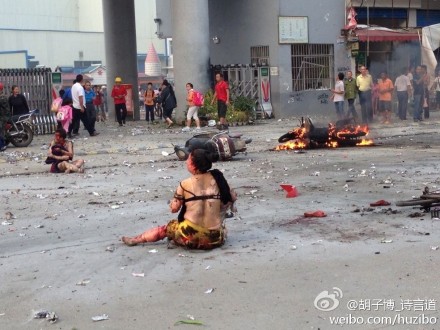 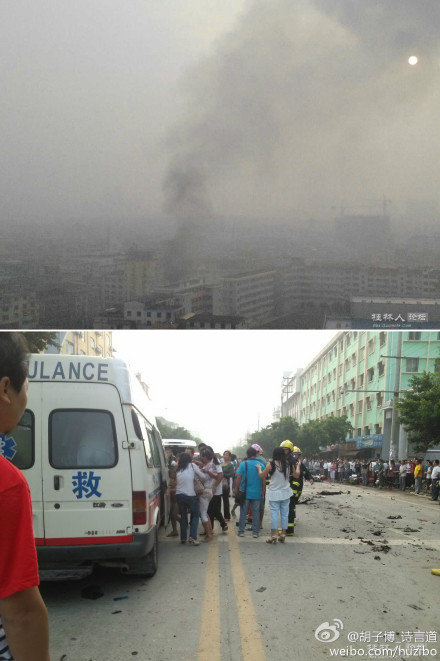