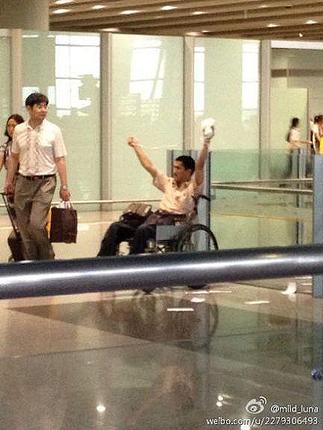 A man in a wheelchair detonated a homemade explosion this evening at Beijing Capital International Airport’s Terminal 3. It happened in the international arrivals hall at 6:24 pm, according to Xinhua, with no one else getting injured.

CCTV identified the man as Ji Zhongxing from Shandong province. The explosive was reportedly made using gunpowder from fireworks, and probably should be hashtagged “fail.”

Reuters reports that the area was cleaned up fairly quickly, with authorities basically shrugging: “A Reuters witness said things had returned to normal about 90 minutes after the explosion and there were no signs of extra security.”

UPDATE, 7/21, 2:36 am: The man may have been a petitioner whose appeals fell on deaf ears. The Telegraph reports:

According to his older brother, Ji Zhongji, Mr Ji had been working as a rickshaw driver in the southern Chinese city of Xintang when he was beaten by local police with a steel tube, leaving him disabled.

“We filed two legal cases against the police in Xintang but we never received any official compensation,” he said.

In 2008, Mr Ji went to Beijing to put his case before the central government, his brother said, but had been asked to return home and had not ventured to the capital since.

Two days ago, however, their father, who lived with Mr Ji and cared for him, reported that he had gone missing. 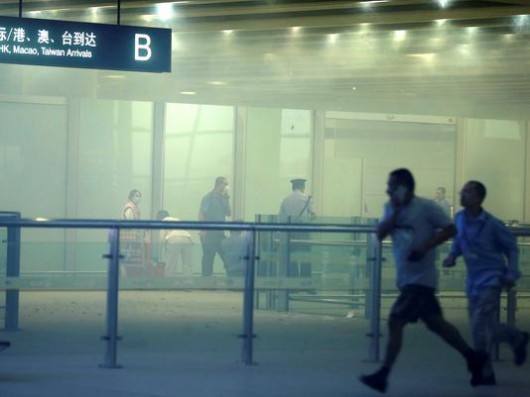 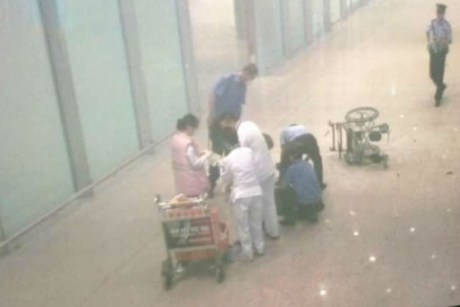 Ji Zhongxing, who was suspected of setting off a home-made explosive at the Beijing Capital International Airport, has been arrested, police said Tuesday.