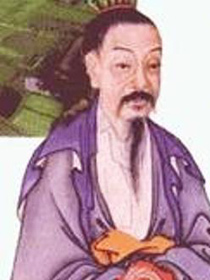 The relationship between China’s central and local governments has never been linear or completely top-down. There are times of harmony, but more often, there’s tension. In the recent past, thanks to social media, conflicts and disagreements usually kept behind closed doors have begun leaking into the public domain.

Several recent posts on Sina Weibo by legal organs revealed that tensions are as manifest today as they were during historical times. Many netizens have gone as far to call these posts an act of “rebellion.”

It all started at the end of August when Beijing suddenly intensified its Internet censorship. Celebrity bloggers on Weibo were told to self-censor. Several “online rumor mongers” were arrested. And now, anyone tweeting “rumors” that potentially harm social order and national interests can end up in jail.

Zichan was a powerful politician in the Zheng Kingdom. As the story goes, officials told him that many people were gathering at town halls to discuss political issues and criticize the government. One politician urged Zichan to abolish such town halls. Zichan refused: “Why abolish them? People go to town halls to discuss the merits of our policies. I will push forward policies that they like, and adjust those they don’t like. The people are like our mentors. Criticism will decline if we try hard to do a good job, but won’t if we use power to suppress people’s complaints. Criticism is like a river. To block a river won’t work. The best way is to lead and channel it.”

Many netizens hailed the courage of the person behind the Weibo account. At the same time, they questioned how a Chinese politician from several thousands of years ago can be smarter than today’s.

As if on cue, “Zichan Won’t Abolish Town Hall” is now a banned search term on Weibo.

Guangdong’ Supreme Court has seemingly started a chorus. Quoting from history or from famous figure is common practice in China who wish to avoid direct political confrontation. More courts have since done the same.

The constitutional right of free expression is powerful medicine in a society as diverse and populous as ours. That the air may at times seemed filled with verbal cacophony is, in this sense, not a sign of weakness but of strength.

The lack of freedom of speech isn’t the only thing that China’s local legal organs are complaining about. The Justice Bureau of Dongguan, Guangdong province used a quote from Wang Fuzi, a well-known Chinese philosopher of the late-Ming and early-Qing Dynasties, to issue its opinion on corruption:

To severely punish corrupt officials of lower ranks, but to ignore those with similar crimes at the top. As such, the more severely the law punishes, the more corrupt cases there will be, and thus the more chaotic the country will become.

Liu Guofeng, curator of the Sina Weibo account of Enshi Intermediate People’s Court, resigned a few days after the John Marshall post (though he claimed on his own Weibo that this had nothing to do with the quote).

The government can always tighten its grip on its employees, especially social media managers. But as one netizen wrote, “Suppression and prohibition won’t work in the long run.”