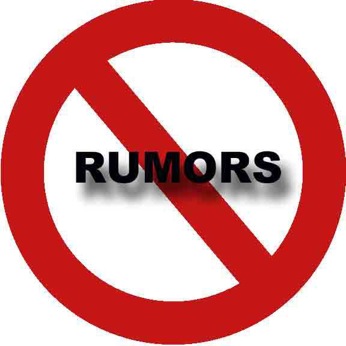 Slanderous content — “rumors” — that are reposted at least 500 times or attract 5,000 views will put the author in danger of defamation charges and a three-year jail sentence, according to a clarifying statement issued by China’s Supreme Court on Monday.

We’ve known for a month that spreading “rumors” can cause legal repercussions, but this just makes it official, and puts a cold, hard number on it. It also reinforces something we’ve said before: you can do whatever you want here as long as it doesn’t offend the wrong person. No one cares if you’re verbally garroting the state in front of family and friends; widen that audience slightly, and then you risk offending someone who might have the power to do something about it.

As reported by WSJ, the Supreme People’s Procuratorate doesn’t want this new policy to limit the watchdog aspect of social media. As spokesman Sun Jungong puts it:

“Even if some details of the allegations or what has been exposed aren’t true, as long as [Internet users] aren’t intentionally fabricating information to slander others…they won’t be prosecuted on charges of defamation,” Xinhua quoted Mr. Sun as saying.

But that’s bullshit, if we’re being honest. It’s not just official abuse that we’re worried about, but incompetence from the enforcers. We’ve already seen it. One microblogger was detained for asking a question. At least two others were detained for misreporting the number of fatalities in a traffic accident. And there is, of course, Charles Xue — none other than Hu Xijin said the government has tools at its disposal to punish those whom they dislike. Presumably, Hu was too thick to realize that by calling this anti-rumor campaign a tool, he’s submarining a nascent law and siding with the activists.

Tech in Asia has more reactions from netizens who worry about the hypocrisy and absurdity of the 500 rule:

In an online environment when fans, followers, and retweets on Sina Weibo and WeChat can all be easily purchased from online PR firms, these laws could be fairly easily exploited to punish one’s enemies. For example, Beijing lawyer Hu Yihua satirically posted:

From now on, whenever anyone says anything bad about me, I’ll just get zombie followers to view their post 5,000 times or repost it 500 times and get them sent to prison.

Others have pointed out the absurd hypocrisy of the new regulations; a newspaper article that is viewed 5,000 times and ultimately proves to contain erroneous information is not generally considered grounds to imprison the author for three years. Indeed, state media outlets publish inaccurate, biased, or misleading information on a somewhat regular basis, and yet the authors are not arrested.

One Response to “China’s New 500 Rule: How Retweets Can Land You In Jail”