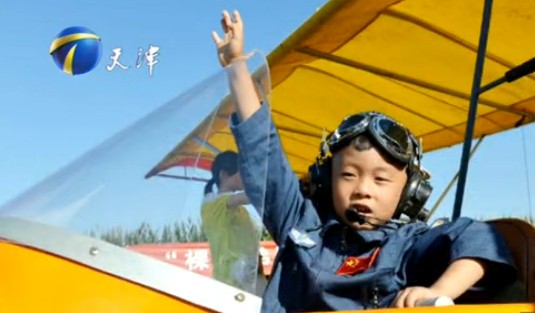 Check out this daring five-year-old from Jiangsu province. On Saturday evening, he piloted a Bee 3-type ultra-light aircraft across Beijing Wildlife Park, which is… cute? Dangerous? Irresponsible of the father?

The father, of course, is the notorious “Eagle Dad,” He Liesheng, somewhat of a publicity hound (it would appear) and the worst type of suckerfish, attaining fame through others. The “other” in this case is Duoduo, whom he made run through New York City snow last February (“Look at the camera!”), and then put him out to sea alone, and then made him climb Mt. Fuji.

After this latest stunt, He told Jiangsu-based Modern Express that his son could be the world’s youngest person to fly a plane, which seems like it could be true. It all depends on how far one flies and whether getting an official pilot’s license counts, but we haven’t found a recorded instance of someone younger than five years old steering from the cockpit.

The short flight, as described by Global Times, may have been psychologically less scarring than the snow and sailing thing, and it appears to have been safe — the child was accompanied by an actual pilot — but that it involves He Liesheng makes it somewhat revolting all the same.

The total distance that Duoduo flew is 30 kilometers, according to Zhang Yonghui, the person in charge of an aviation club where Duoduo learned to fly an aircraft.

He Liesheng told the Global Times that he wants his son to become braver by flying a plane and  develop his curiosity and desire to explore.

We don’t doubt He loves his boy in his own sort of intense, incomprehensible way. We would just hate to see him get his biggest spotlight through a stunt gone wrong. Perhaps he’d like to get in the plane with his son next time, if the cautionary tale of seven-year-old Jessica Dubroff doesn’t scare him off first. 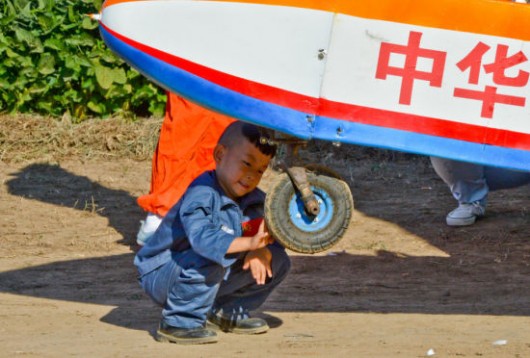 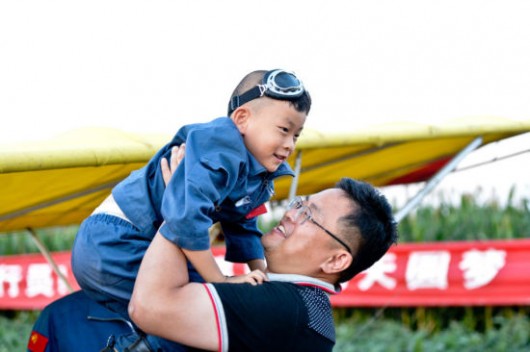