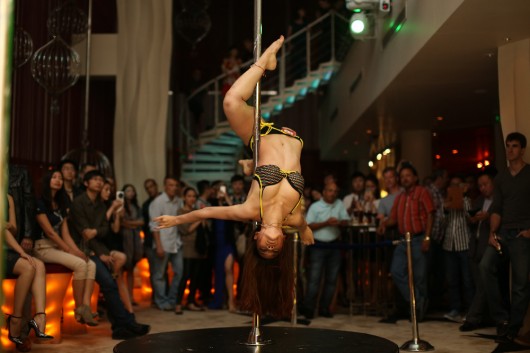 Just a reminder that the 3rd Literary Death Match in Beijing is happening this Wednesday from the Bookworm. Links time.

An honest answer. “’It’s not about the technique,’ Li told reporters. ‘It’s about the problem with myself. First time in the semis, I was thinking about the situation. Today, it doesn’t matter who the opponent is. The problem is myself.’ // Asia’s first grand slam singles winner and a sometimes reluctant standard-bearer for Chinese tennis, the world No. 6 has blown hot and cold throughout her career, her seven WTA singles titles often bookended by wretched form slumps when her confidence deserts her. // ‘When I walked to the court, I was feeling like the court was so big. My side was feeling like a football court,’ she said.” (Shanghai Daily)

Controversy at the National Games – who could have guessed there might be? “The far northeastern province of Heilongjiang came into China’s National Games with 43 medals already in the bank. Yes, you read that right. 17 gold medals were ‘won’ before the official start of the Games, and only one of those was due to an event being scheduled ahead of the opening ceremony. That’s because some bright spark had the idea of converting medals from previous events into medals that actually count at the National Games.” (The Li-Ning Tower)

And this bit of disgrace. “Representatives of the Tianjin swimming team have threatened to lodge a formal complaint after a Jiangsu swimmer was photographed ‘riding the shoulders’ of a competitor at the All China Games, Liaoning Daily reports.” (Shanghaiist)

Awww. “A loyal dog that routinely appears at a bus stop to search for its master has won over hearts in Chengdu. // The little yellow dog, nicknamed ‘Huang Huang’ by bus drivers, has been a common sight at a bus stop located near the Guangyan Buddhist temple’s parking lot in Chengdu city. According to bus staff interviewed by local paper Huaxi Metropolis Daily, Huang Huang has appeared at the stop consistently for the past 15 days to check all buses that have parked there.” (SCMP)

Gah! “An eight month old baby had his testicle bitten off and swallowed by a monkey at Qianling Park in Guiyang, Guizhou, Sohu reports. // The boy’s mother was changing his diaper when one of the hundreds of wild monkeys who populate the park leaped onto him, biting his testicles. An old man reportedly tried to retrieve the testicle from the animal, but it was chewed beyond repair.” (Shanghaiist)

Li Tianyi’s mother should probably stop talking. “According to reports by Wenhui.com, recently, Meng Ge, the mother of military singer Li Shuangjiang’s son, Li X who is currently involved in a rape case, claimed that her son didn’t commit rape and it is the other party who was extorting and blackmailing them. She claimed that ‘[my] son isn’t wrong, what’s wrong is the social environment [state of society].’” (Sina via chinaSMACK)

Happy birthday. “‘Bai Yun’ was presented a five-foot-tall, 215-pound ice cake right before the park was opened to the public.” (Sina)

The “sex” tape that got Kim Jong-un’s ex-girlfriend “killed” interlude, via Daily Dot:

How they got Lei Zhengfu. (Caixin)

“Most awesome rooftop garden,” via SCMP: 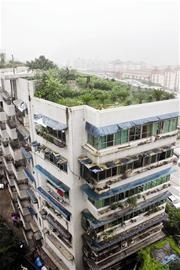 One Response to “Top-of-the-Week Links: Li Na admits being fazed by US Open pressure, another monkey bites off another baby’s testicle, and National Games controversy”