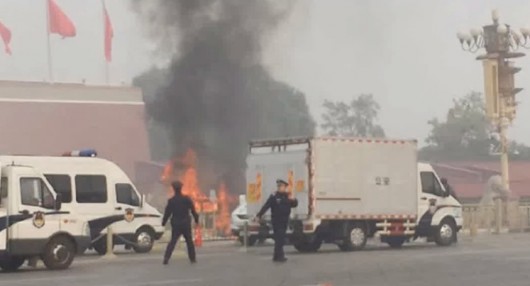 Details are still being sorted out, but a jeep crashed into a crowd in front of the Tiananmen Rostrum around noon today, leaving three dead — “a driver and two passengers,” according to Xinhua. Tourists and policemen were reportedly also injured.

Sina Weibo is buzzing, and the Youku news blast below has been viewed 166,000 times. Further details forthcoming.

UPDATE, 10/30, 6:10 pm: It was apparently a suicide attack, and police are now searching for suspects across the city. Via Reuters:

Chinese authorities investigating what could be Beijing’s first major suicide attack were searching for two men from Muslim-dominated Xinjiang on Tuesday after three people suspected to be from the restive region drove a SUV into a crowd at Tiananmen Square and set it on fire.

…Police have spread a dragnet across the capital, checking hotels and vehicles, seeking two people suspected to be ethnic Uighurs, a Muslim minority from Xinjiang in China’s far west, on the borders of ex-Soviet Central Asia.

And more via this slideshow: 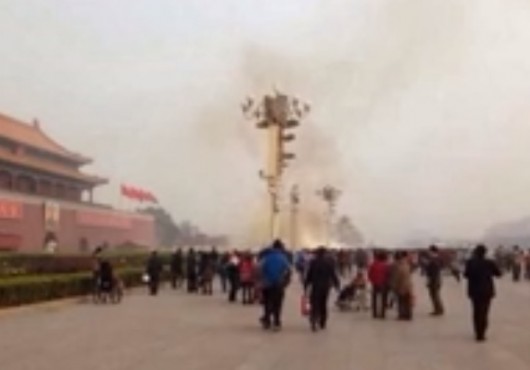 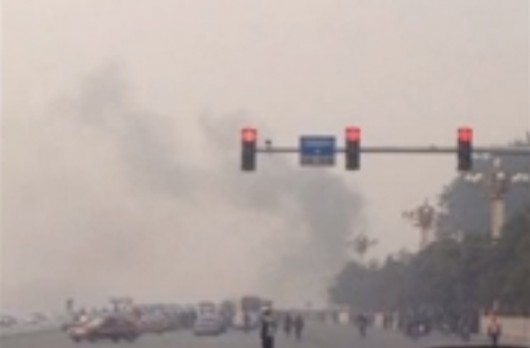 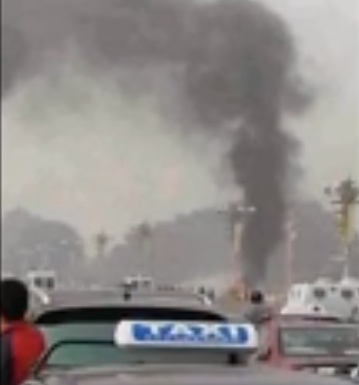 One Response to “3 Dead After Car Crashes Into Crowd At Tiananmen [UPDATE: Police Say It Was Suicide Attack]”