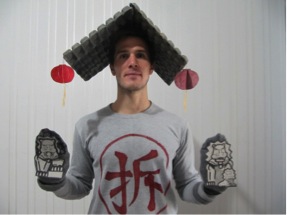 Happy Halloween, China friends. Need some costume ideas, as if going as Bo Xilai is too distasteful? Want to know what’ll attract the eyeballs for your Halloween party? Nick Compton’s got you covered. (Special thanks to Nicole Sy for creating the costumes and taking the photos.)

Adorned with the Chinese character chai (demolish), red lanterns, and stone lions. The only thing it’s missing is hipsters, which doesn’t make me especially sad. An added benefit, if you’ve had a bit too much and you topple over, you’ve stayed true to character. (And no one’s going to resettle you to Miyun when you do.) 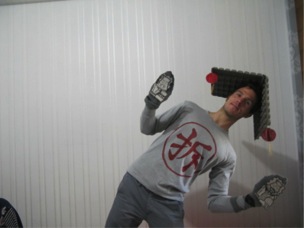 Follow him while you still can, before the government muzzles or “catches him” cavorting with Sichuanese working girls. He’s big, he’s loud, and he’s not Ai Weiwei. 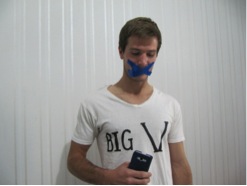 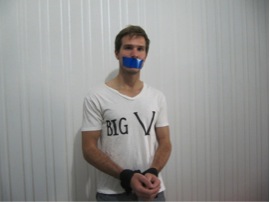 You can always see his latest work at http://sinomiddlepandahand.sino.com (backslash Sino). Read his latest groundbreaking story about 8’s in China (good luck!) while looking forward to part two on 4’s (bad!). He doesn’t really speak Chinese, knows little of China’s history, and hasn’t left Chaoyang for two months, but don’t let that stop you from asking him about Bo Xilai or the upcoming Party Plenum. Xi’s a reformer. He’s certain. 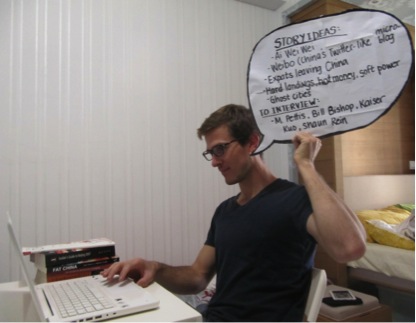 4. Harbin (or Beijing in January)

First rub a bit of coal soot on your face, then throw on your drabbest and heaviest sweater. Next, in the absence of billowing smokestacks or coal-fired furnaces, have your friend chain-smoke Lucky Strikes while blowing the noxious fumes in your face. Wear a facemask, maybe your girlfriend’s cute novelty one with big eyes and ears (panda?). Or don’t. Either way, PM2.5 is your treat this year. 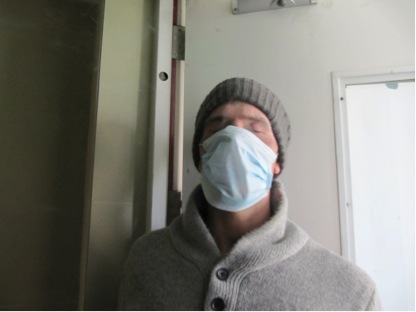 Got other Halloween ideas? Let us know.

Nick Compton is an American journalist living in Beijing. You can reach him at nickcompton1@gmail.com.