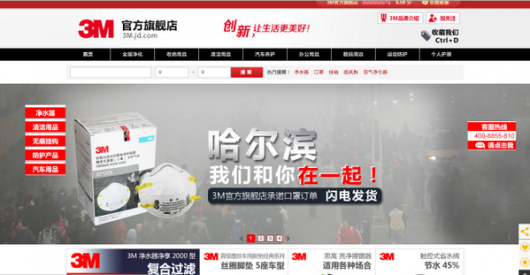 By now you surely know: Harbin in northeast China’s Heilongjiang province, a city of 11 million, is blanketed in cancer-gray, toxic-smelling, blindingly thick smog. The AQI is over 500 and the PM2.5 measurement hit one thousand – higher than it ever was during the worst of times in Beijing. Everything has closed down, from highways to airports to schools. Sinosphere and the Atlantic both have pictures and anecdotes. And AFP has this bit of funny:

Drivers who jumped red lights because they could not see them “will not be penalised”, the state news agency Xinhua quoted local traffic official Xue Yuqing as saying.

But you know what? In these harsh times, it’s a strong nation — a proud nation — that rallies together to fight a common enemy. Only together can we prevail. At least, this is the message in the above ad for 3M air filter masks (as noticed by Eric Jou of Kotaku / China Daily). Harbin, We Are With You, it reads. As if a bomb had just gone off in the streets and as a country of big-hearted, good people we should all light candles, pray, and donate.

Well, a bomb did kind of go off, if these pictures are any indication: 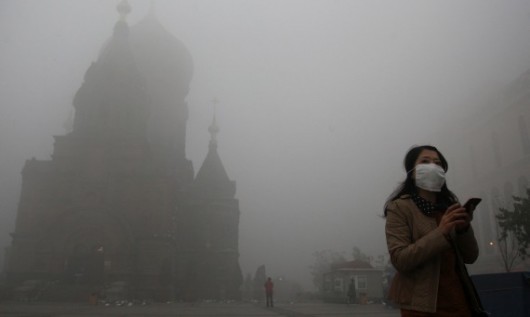 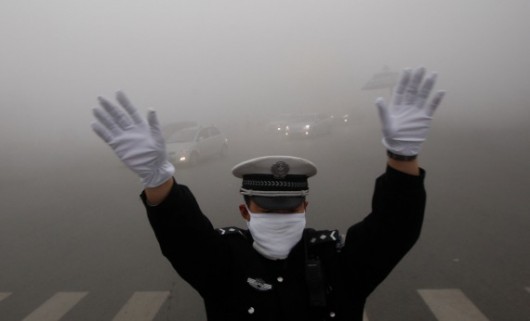 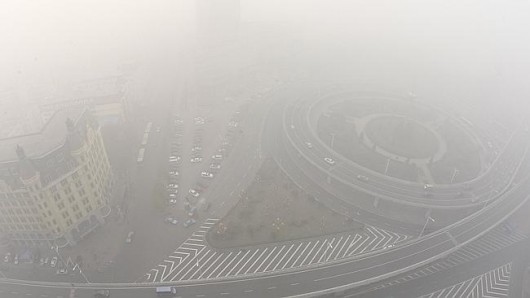 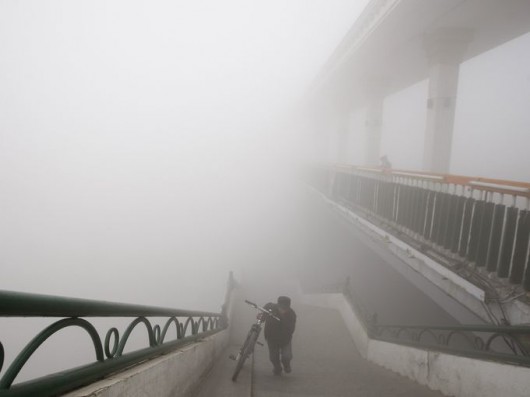 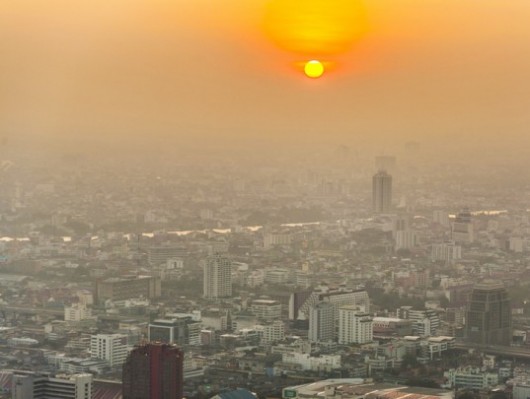 Yes, let us pray for Harbin. Because someday this winter, perhaps they’ll need to pray for us.