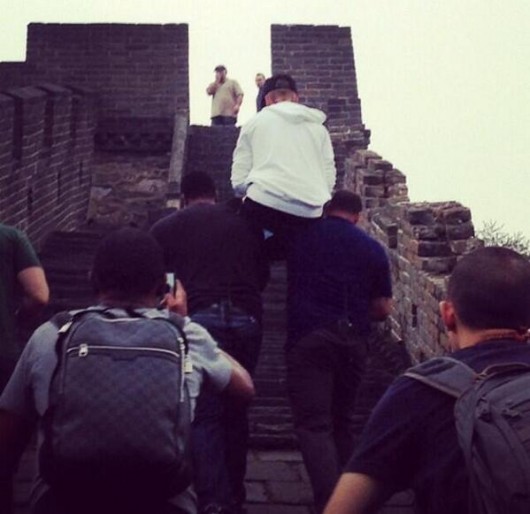 The above picture, according to a tweet from the official Twitter account of Justin Bieber’s Believe Tour, shows the boy prince himself being hoisted on an invisible palanquin up the Great Wall. (PS, Justin Bieber is in Beijing. It appears he was at Spark last night.)

Cool, Biebs. I have no idea why everyone calls you a douchebag. 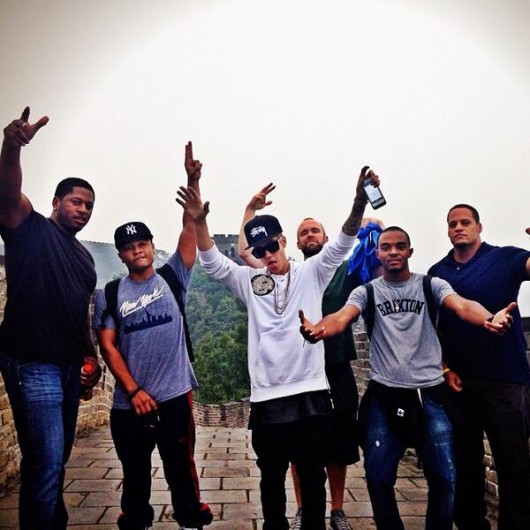 Aside: Is Justin Bieber trying to be the male Miley Cyrus? The two deserve one another, don’t they? Miley is even doing the whole suppress-your-attraction-by-telling-others-you-hate-him thing — “I just don’t want to see him fuck that up, to where people think he’s Vanilla Ice,” she told Rolling Stone… “I think boys are, like, seven years behind. So in his head, he’s really, like, 12.” The two are perfect for each other, aren’t they? I don’t know. I ask this as someone who doesn’t care. 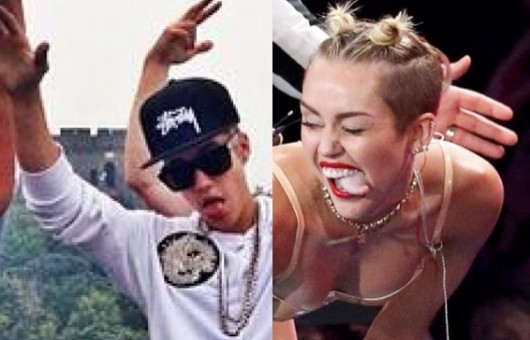 We also understand Bieber, who played a concert at the MasterCard Center in Beijing on Sunday, bared his chest during the show. “The pop star exposed his upper body in an opened jacket and ditched his shirt while singing another hit,” reports FaceShowBiz.

Miley, what do you think about that?

I tell him that. Like, “You don’t want to become a joke. When you go out, don’t start shit. Don’t come in shirtless.”

On second thought, maybe the two wouldn’t get along.

2 Responses to “Justin Bieber Carried Up Great Wall, Channels Miley Cyrus In The Most Bieber Pose Ever”