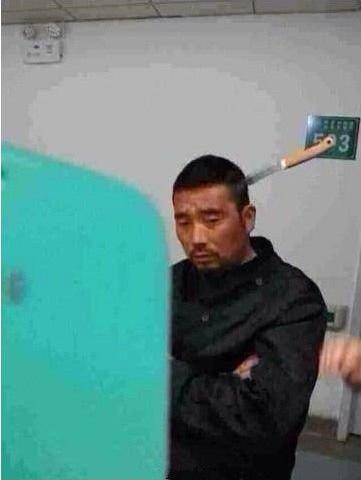 Via Hug China, “Calm Brother” checks himself into hospital with knife through skull

That’s Beijing is holding its restaurant awards party, the Golden Forks, at The Kro’s Nest (35 Xiao Yun Lu) tomorrow at 7:30 pm. Incidentally, that’s where I host trivia every week at 8:30 pm. Both are happening. Come say hi, and other links.

Terrorism, officially. “Chinese police are circulating a list of eight suspects wanted in connection with an apparent suicide car crash near Tiananmen Square in Beijing that killed five people and injured dozens, a hotel manager said Wednesday. // Seven of the eight suspects on the list had names typical of the Turkic Muslim Uighur ethnic group native to the restive northwestern region of Xinjiang, said the manager, who gave only her surname, Wu. She said the other individual appeared to be ethnically Chinese.” (AP)

Banner day for censors. “China’s thousands of online censors have been just as speedy — and frighteningly successful, even by their own standards. While some official accounts of the incident have survived online, many seemingly anodyne ones, including updates from mainstream media sources like the business magazine Caijing and newsmagazine China Weekly, have not. In fact, a search on Freeweibo.com, which tracks deleted Weibo posts, shows that many related tweets from widely-followed sources were removed so fast that they were able to generate only a handful of comments. One Weibo user complained, ‘Just because it’s Tiananmen, all related images have been deleted; is this necessary?’ Chinese censors seem to think so, emphasizing rapidity over precision and ensnaring even innocuous posts in their net.” (Tea Leaf Nation)

Divorce for money. “Beijing’s divorce rate has increased by more than 40 percent in the first three quarters of this year from the same period last year. Experts said that might be because couples are seeking to avoid a property tax imposed earlier this year.” (China Daily)

Holy crap, people actually protested over this shit. “Hundreds of people, largely from local Chinese communities rallied on October 28 in San Francisco against American Broadcasting Company and its TV show host Jimmy Kimmel for the ‘Kill everyone in China’ comment.” (Sina)

Hmm. “A Portland radio station is taking down a billboard in Chinatown after hearing complaints that it was racially insensitive. // The ad announced in big black letters: ‘We Love You Long Time.’” (Oregon Public Broadcasting)

Another win for Serena Williams over Li Na in the finals of a tournament. “Serena Williams ended her best season in style, rallying past Li Na 2-6, 6-3, 6-0 on Sunday for her second straight WTA Championship and 11th title of the year.” (Sina)

Cyber attack against Israel. “China is said to have launched a cyber attack targeting Israeli defence interests, but the attacks have been thwarted by experts in Tel Aviv. // Nearly 140 senior people working in the Israeli defence and security industry received an email containing a Trojan-horse virus originating from China, Israeli media reported. Trojan malware is intended to retrieve information automatically from the recipients and transfer it back to the source.” (IBT)

“Guangzhou Evergrande on cusp of being Asia’s first ‘super club.’” (The Nanfang) 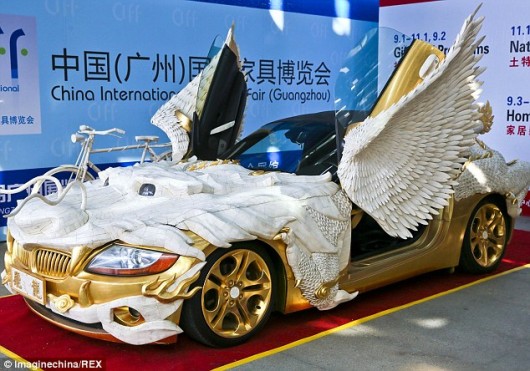