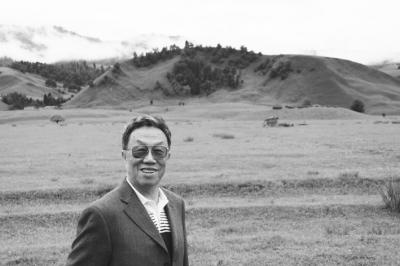 Unlike other contemporary Han intellectuals who have been exiled to Chinese Central Asia, Wang spent most of his life in Xinjiang living with Uyghurs in Ghulja (Yining) on the border of Kazakhstan. He wrote numerous books addressing the way he came to appreciate Xinjiang culture and learn the Uyghur language. Relative to Ai Qing (who I wrote about last week), Wang was able to better leverage his time in Chinese Central Asia into a tremendously productive career. With an ethnographer’s curiosity, he translated the estrangement of displacement into a positive encounter with cultural difference.

Although Wang’s work (including his recently published masterwork of Xinjiang fiction – The Scenery Here – written in 1974-78) is tinged with ambivalence and elegiac qualities, following his meteoric return to Beijing in 1978 he has remained unflinchingly effusive regarding his “second home” – Xinjiang.

During his time in Xinjiang, Wang writes that he drew strength from the sensuous, dense, and allusive poetry of Li Shangyin and the ghost of Tang Dynasty poet Li He. Both of these immensely talented poets failed at official careers in the Tang court due to factional disputes, yet despite their political misrecognition, contemporary readers of Tang poetics remark on the “pure poetry” in Li Shangyin’s unnamed works and the way he utilizes humorous and satirical registers of poetic discourse; Li He’s imagistic use of symbolism has likewise been freed by romantic rereadings.

Yet as a socialist writer schooled by Mao Zedong’s “Talks at Yan’an,” Wang feels that his approach to writing is most directly influenced by forms that “arise from the soil underfoot, from our own lives” (1992: 59). Some of this is just “groping in the dark” (1992: 60), but much of it comes through careful cultivation of the self, through deep immersion in the details of the present. By building up intensities of feeling through embodied experience, one is able to transform the givenness of existence, of dislocation and encounters with ethnic difference, into a full spectrum of affective and emotive experiences. This is what saves the writer from the solipsism of “indifference and apathy” (59). 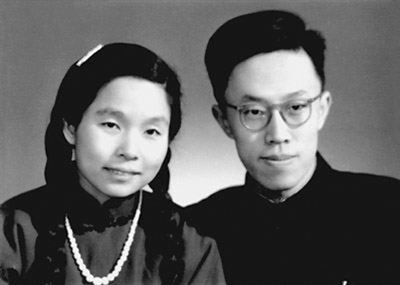 Wang was able to live with Uyghur peasant families through most of the Cultural Revolution (Wang 2004: 49). It was during this time in a commune called Bayandai on the Urumchi-Ili highway that he received his inspiration to live.

“In Bayandai, hundreds of poor and lower-middle class peasants were my real friends, and in my most difficult and chaotic days, I did not lose my faith in optimism, my joie de vivre, or my will to live” (2004: 47). By accepting his difference and gaining his trust, the Uyghur members of the commune opened his eyes to Xinjiang’s “grand scale and magnificence” and impressed him with the depth of “Uyghur language, oral and written, body movements, attire, interior décor, culinary customs, singing and dancing, musical instruments, religion, and culture” (2004: ix). Immersing himself in cultural difference, Wang came to appreciate the intimacy of Uyghur food culture, the warmth of unrestrained friendship, the pleasures of subtle sarcasm, the meaning found in working with one’s hands.

Reading through Wang’s oeuvre of Xinjiang writings, one finds these themes coming up again and again. In his short story “Pale Gray Eyes,” the protagonist (which I cannot help but read as a thinly disguised Wang) discusses woodworking with a Uyghur carpenter: “(The Uyghur craftsman) perked up at the mention of his woodworking. He agreed I was right: A grain of sand does not possess a soul but he and his woodworking do. He often had dreams of new designs,” which he brought to life (in Wang 2004: 131).

Just as Wang’s Han characters tune their consciousness to the friends who surrounded and supported them, I can imagine that Wang found himself taking his political predicament and his writing less seriously. Reimagining the embodied performance of the Uyghurs around him, he wrote from the perspective of a Han worker in the novel Emila’s Sentimental Journey (in Wang 2004: 79):

“To hell with writers and with novels! I’m done with those things now! I am a peasant! A peasant of the Maolayuzi Commune! I work with a mattock. I drink milk tea and eat corn nan; I often share a drink or two with my Uyghur friends,” I said, winking like a Uyghur.

Wang’s writings on Uyghur subjects gives us a sense of the depth with which he absorbed local ways of knowing and being in the world. Working close to the earth as a participant-observer, he gives us the best available ethnographic account of Uyghur lifeways during the Maoist period. More importantly, he learned how to take himself less seriously as a writer and how to think and write from a minoritarian perspective.

Recognizing the embodied experience of cultural difference, Wang’s writing accumulated depth and complexity. When he returned to Beijing, he projected his experiences into his writing. His controversial short story “Tough Porridge,” about an ossified breakfast menu eaten by a Chinese family, explores content he had addressed in his writing on eating habits in Xinjiang – but in this case, those embodied techniques were pointed at the unchanging dogma of China’s central command. Likewise, his experiences of Uyghur wit and humor informed the biting satire and irony he employed when combating entrenched ideology.

Rapid changes in Xinjiang has led to an increase in inter-ethnic conflict typified by the Ghulja riots of 1997 and the July Fifth riots of 2009 in Urumqi. Following both of these eruptions, top Party officials said things such as, “Ethnic minorities are like untamed mustangs. No matter how well you feed them, they may run off at any time” (Pinguo Ribao, Feb. 6 1997, in Dautcher: 273); or as leading Xinjiang economist Tang Lijiu put it: “Because of their lifestyle, asking (Uyghurs) to go into big industrial production, onto the production line: they’re probably not suited to that” (Economist, July 2011).

These sentiments are diametrically opposed to the sensibility expressed by Wang. Rather than regarding Uyghurs as “backward” animal-like primitives, he characterizes them as carriers of deep knowledge and cultural power. By taking their alternative ways of knowing seriously, he was able to transform his exile into a space marked by lasting friendships, shared risk, and collective joy.

Wang’s legacy stands as an example par-excellence of what is possible. He remains immensely popular among both Uyghur and Han intellectuals in Xinjiang. The museum recently opened in his honor near Ghulja attests to this. Not only has he been courted by Xinjiang Party Secretary Zhang Chunxian, but the contemporary Xinjiang poet Shen Wei cites him as a major inspiration, as does the Hui writer Zhang Chengzhi.

But even more important, he is nearly universally admired by young Uyghur intellectuals. Perusing Uyghur-language social media, one is struck by how staunchly Uyghur writers defend Wang as a humanitarian. In an apology for Wang’s perceived commercialism and his disavowal of ideological purity, one young Uyghur writer noted that without understanding “the depth of Wang Meng’s experiences and humanity” one cannot fully appreciate Wang’s perspective nor find a way forward with the entrenched problems facing Xinjiang. For him, Wang’s experiences are Uyghur experiences.