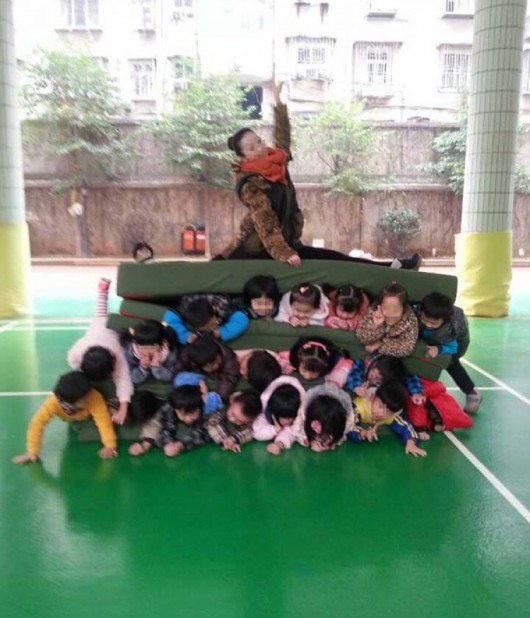 New York Times Chinese site in trouble? “New York Times Co Chief Executive Officer Mark Thompson said the publisher is going to keep all its money losing operations under review – including those in China - as he seeks to negotiate the newspaper’s increasing shift towards a digital landscape. // …’The fact that we can’t be seen officially inside China means the revenue is not as large as we would have wished it to have been,’ he said. // ‘If it’s a loss-making operation, they are all under constant review.’” (Reuters)

Follow-up on Bloomberg. “In early 2011, during a period of heightened tension between the Chinese government and foreign journalists, Bloomberg News created coding to give editors the ability to categorize stories under a new class, called 204. Such stories would not show up on Bloomberg terminals in mainland China. Managers did this after Chinese officials stressed to top editors in Hong Kong that the license granted to Bloomberg by the State Council allowed the company to publish only financial data and news on its terminals, not political news, employees said. // Within Bloomberg, the code has its critics. ‘I think of this as self-censorship,’ said one journalist, who added that editors choose to apply the code to any article that might offend senior Chinese officials.” (Edward Wong, Sinosphere)

On Wu’er Kaixi. “Operation Yellowbird succeeded too well in the case of Wu’er Kaixi, who was refused entry to China for the fourth time since his escape after the 1989 Tiananmen protests. The state-run media spared no time in putting the dissident through the ringer. The Global Times — a state-run Chinese tabloid under the flagship of People’s Daily — commented early on Wednesday: ‘Overseas activists will continue bashing the Chinese government, simply because it’s the only thing they can live on. These people have left the impression that they yearn for trouble inside China.’ The editorial went on to lump Wu’er Kaixi in with all of the other dissidents inside and outside China, saying, ‘When they bring no more destructive effect to China, a new opportunity for them may appear.’” (Tyler Roney, The Diplomat)

Another Hong Kong ferry accident. “Eighty people were injured early Friday when a high-speed ferry travelling from Hong Kong to Macau hit an ‘unidentified object’ in the water, according to Hong Kong’s marine department.” (AFP)

Another infanticide. “An aunt has admitted to killing her infant nephew and hiding the body in the family washing machine in Shanghai. // Shanghai police said on its official Sina Weibo on Wednesday night that the four-month old baby who disappeared from his cradle on Sunday morning had been found dead in the washing machine at home. His aunt has admitted to killing him because of ‘psychological imbalances arising out of family disputes,’ the police said.” (SCMP)

Four years for instigator of this protest in Beijing. “‘I think it’s perhaps the only mass incident in Beijing since 1989,’ says lawyer Peng Jian, ‘and that’s probably one of the reasons the sentence was extremely heavy.’ His client, Peng Song, was jailed for four years November 27 for disrupting traffic order and organising a mass incident last May after the death of his then fiancée, Yuan Liya, which was declared a ‘suicide’ by police without much investigation.” (That’s Online)

On Mid-Autumn Festival. “I’m sure many of my fellow expats will crucify me for claiming that the most authentic Thanksgiving holiday I’ve experienced came not with my immediate and extended family in Michigan, but instead with relative strangers in China. Add to it that said ‘Thanksgiving’ took place in late September, not November, and I’ll be lucky to gain reentry back to the States.” (The Wang Post)

Bagels in Beijing, thanks to Julian, interlude:

Thanksgiving at KFC in China. (The Atlantic)

On the Guangzhou Sex and Culture Festival. (NY Times)

“No bathrooms, no problem. Woman urinates for full minute in clothing store.” (Shanghaiist)

“Foreigner in Shenzhen has 220,000 yuan vanish from his bank account.” (The Nanfang)

The Ideal Marriage Proposal from TV Show ‘How About We Get Married?’” (Sinopathic)

For those interested in street-food photography, an interview with Fiona Reilly. (Shanghai Street Stories)

“How NOT to pose for a swimsuit contest, as shown by women at the Changlong Bikini Competition,” via Shanghaiist: 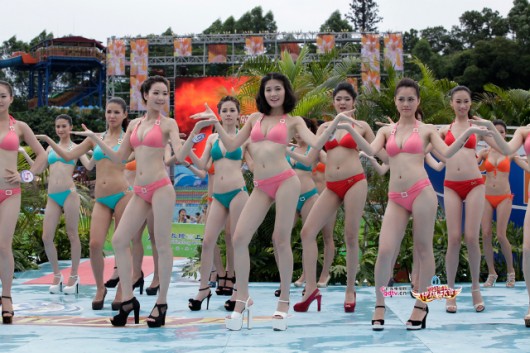