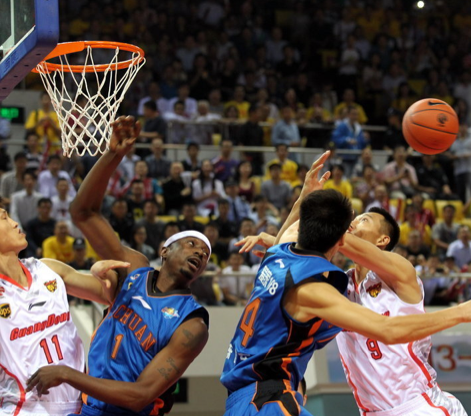 This was ugly. The Sichuan Blue Whales, playing its first CBA game in 15 years, having just been promoted from the second-tier National Basketball League in September, lost by 53 points on Friday. The previous CBA record for most lopsided season-opener was a mere 40 points, nearly 25 percent less than Sichuan’s deficit.

Talk about doing the new kid on the block no favors: Sichuan’s opening game was against the reigning champs, the Guangdong Southern Tigers, whose Yi Jianlian happens to be the league’s best player. Yi scored a modest 10 points and pulled down 10 boards. His teammate, Zhou Peng, scored 26. The final score was 120-67.

It’s not like Sichuan expected to win — Global Times reports via Tianfu Morning Post that the team’s president, Zhou Shiqiang, offered half a million yuan if the players could keep the losing margin within 15 — but fifty-three is pretty incredible.

Meanwhile, the Beijing Ducks won on the road in Xinjiang, 106-98. It’s the second straight year the Ducks have won at Xinjiang to open a campaign. New guy Sun Yue — who was on a Los Angeles Lakers roster for a stint — scored 15 and grabbed 5 rebounds while contributing 5 assists. Stephon Marbury scored 20. But most importantly: 1-0, baby. 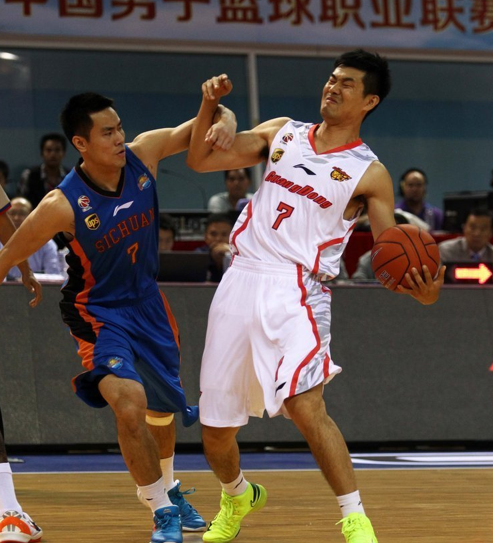