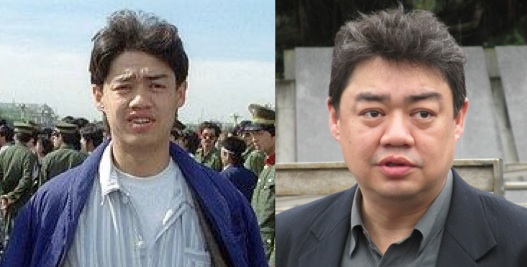 Wu’er Kaixi, who fled China following the 1989 student-led protests at Tiananmen, reportedly flew into Hong Kong this morning via Taiwan and is pleading with authorities to extradite him to face trial on the mainland.

I hereby make an appeal to the Hong Kong SAR and to the world.

This is not the first time Wu’er Kaixi — a Taiwanese citizen — has tried to enter the PRC. In 2004 he was permitted to enter Hong Kong, where he said, “I have to have that hope — that one day we will come home (that I’ll be allowed to enter China).”

As pointed out on the Facebook page of journalist Paul Mooney (who’s had some difficulty of his own getting into the PRC):

In Wu’er Kaixi’s post, he noted that he has been unable to see his parents or other family for the 24 years since his exile.

My parents are old and in ill health. The Chinese government refuses to issue passports for them to travel aboard and visit me. My parents have been told clearly that the reason they will not be issued passports is that their son is a dissident. I would like to ask the Chinese government, is this behavior in keeping with the international treaties it has signed; is it true to the spirit of Chinese traditional values; is it in accordance with PRC law?

I believe the answer to those questions is, no, and that is why I feel I have no alternative but to turn myself in. I miss my parents and my family, and I hope to be able to be reunited with them while they are still alive, even if the reunion would have to take place behind a glass wall.

The open letter is addressed to Hong Kong citizens, and concludes, “I hope my efforts to return home are finally a success on this occasion. If so, let me take this last opportunity to take a deep bow to Hong Kong, and express my deepest gratitude and admiration.”

UPDATE, 1:42 pm: Wu’er Kaixi is traveling with Albert Ho, “chairman of the Hong Kong Democratic Party from 2006 to 2012, and is currently a solicitor, member of the Legislative Council of Hong Kong, and secretary general of the Hong Kong Alliance in Support of Patriotic Democratic Movements in China.” That quote and the below picture is from this Wu’er Kaixi Tumblr (h/t Paul Mooney).

The second most-wanted student leader from the 1989 Tiananmen Square pro-democracy protests was turned back from Hong Kong on Monday in his latest attempt to surrender to Chinese authorities and return home.

It was the fourth such attempt by Wu’er Kaixi, who said his lack of success so far was the result of “absurd” actions by the Chinese government. Wu’er, who has lived in exile for more than two decades, is stuck in a situation in which he’s both wanted for arrest and, like many other dissidents who have fled, prevented from returning to China.