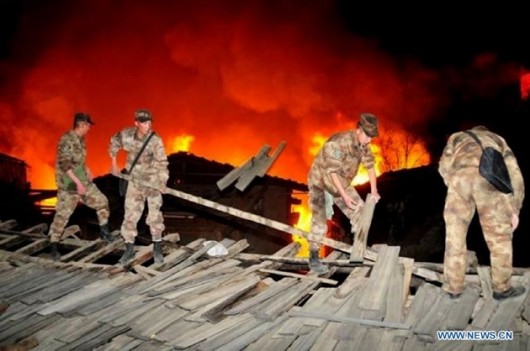 Xinhua reports that a massive fire swept through Dukezong Ancient Town last night in the northwest Yunnan county of Shangri-la, a tourist resort ever since marketers changed its name from Zhongdian in 2001. Preliminary reports say the began at 1:30 am from a local shop, then spread due to windy conditions and the prevalence of wooden structures in Old Town. The exact cause is under investigation.

As of now, there have been no reported casualties. Buildings — living relics — appear to be the biggest loss.

Dukezong, meaning “the town of moon” in Tibetan and built 1,300 years ago, was an important town on the South Silk Road, also known as the Ancient Road of Tea and Horse. It is now one of the most renowned resorts in Shangri-la, known for its well-preserved ancient Tibetan dwellings.

This is the second massive fire to hit a Tibetan town this week. On Thursday, 100 houses were destroyed at the Larung Gar Buddhist Academy in Ganzi, Sichuan province. “The fire was so intense that the whole complex of Larun Gar was lit up in the night,” a source told Radio Free Asia. Two nuns were injured but there were no reported casualties.

More images of the Shangri-la fire via Xinhua: 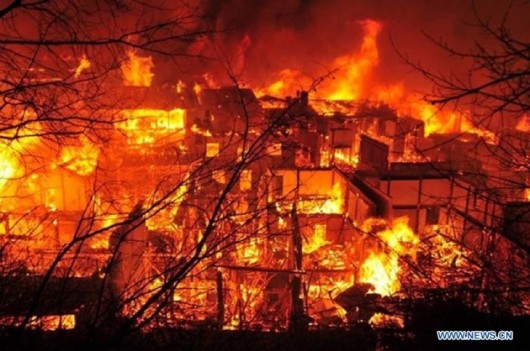 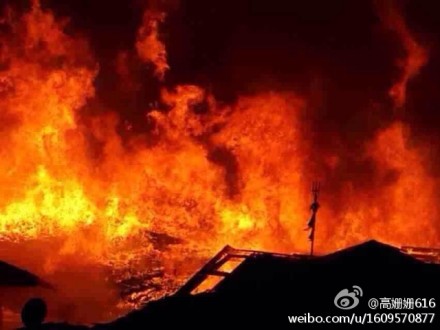 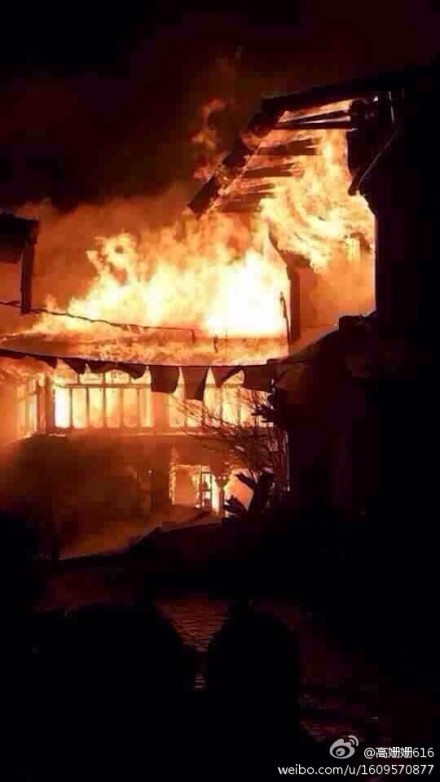 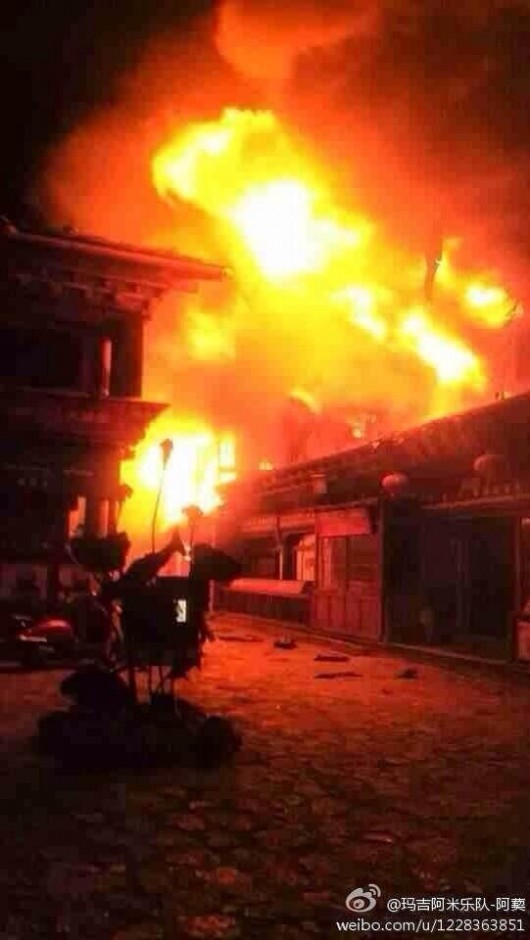 UPDATE, 1/13, 8:25 pm: Two-thirds of the Dukezong was destroyed, according to the latest Xinhua report. The blaze reportedly began at a small hotel called Ruyi. The exact cause is still under investigation, but there are no known casualties. Xinhua has asked why the town lacks anti-freeze: “Local authorities said there are 122 fire hydrants in the ancient town. They say the sub-zero temperatures might have led to some of them freezing.”

Several amazing pictures of what Dukezong looks like now can be found on this CRI slideshow. Samples: 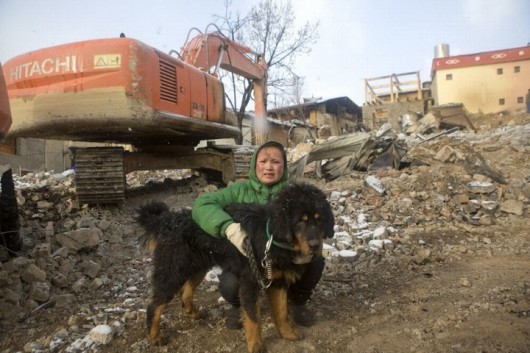 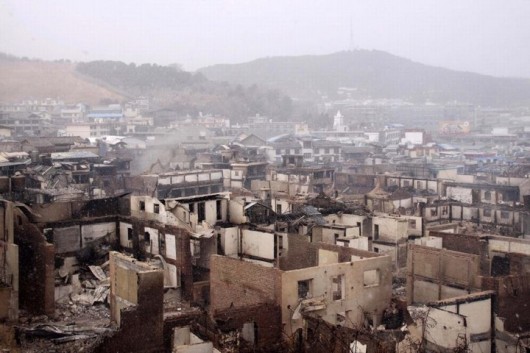 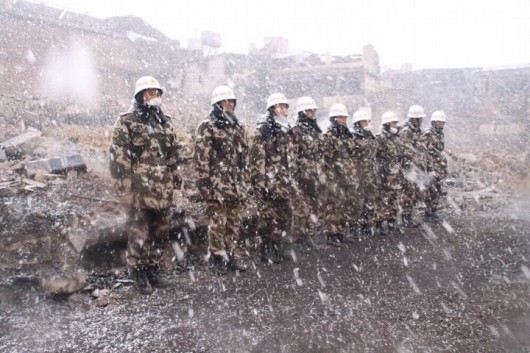 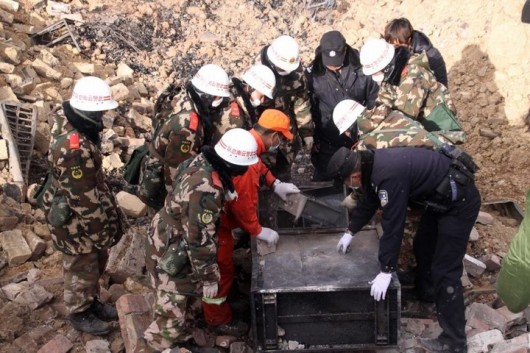 A fire prevention system costing more than $1 million wasn’t functioning and failed to prevent a blaze that razed an ancient tourist town in southwest China.

The system in Dukezong had been shut down to prevent pipes from bursting in the below-freezing temperatures, the Deqen prefecture fire brigade said on its microblog. The service said the system was installed in 2011 at a cost of 8 million yuan ($1.45 million).

In addition to the system’s failure, the freezing temperatures lowered water pressure in hydrants when the fire broke out at about 1.30am Saturday. The wooden houses burned quickly, while fire trucks were unable to penetrate narrow streets and alleys.