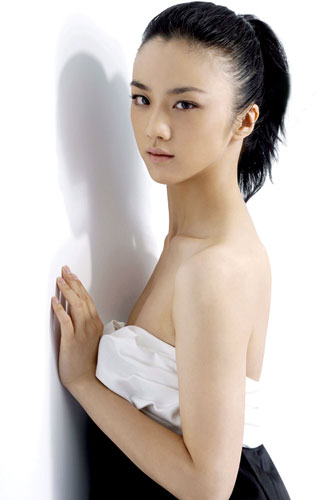 Curious about how the smart, sexy Lust, Caution actress Tang Wei was swindled out of 210,000 yuan in a telecom scam on Saturday, as all netizens are? Thanks to NetEase, we now have details.

All members of Tang’s acting group filming in Songjiang, Shanghai on Saturday received similar message from a self-proclaimed Public Security Bureau officer, but only Tang believed the message and called the number. The swindler told Tang that something was wrong with her bank deposit (involved in a criminal case?) and that she must transfer all her money to another bank account to avoid criminal charges.

Our “pure goddess” Tang Wei was apparently frightened and rushed to the closest bank, got online, and wire transferred the money to the swindler’s account, as instructed.

For the last two days, netizens have continually talked about this story. While some ridiculed the acclaimed actress, others have been chastising police for the prevalence of telecom scams in China. Some examples of comments:

A NetEase user from Sichuan:  A kind-hearted and pure girl!

A NetEase user from Jilin:  She is just silly.

NetEase user 永恒依恋:  This goddess seem to be lack of intelligence.

A NetEase user from Guangzhou:  Was it because she is too pure or she had something to hide?

NetEase user  yiwangui1984 :  Tang Wei, just because you trust in others, I love you!

NetEase user  redfish007 :  Because she stayed in UK for so long time, she became pure and believes in rule of law as well as the police.

NetEase user 秀才V :  I have a friend that deposited 7,000 yuan after years of hard work, but all was swindled out in a telecom scam. He reported to the police but nothing has been done so far. The police ignored his plight, as such cases usually are in China.

A NetEase user from Chengdu, Sichuan:   I am curious about such telecom fraud. For every fraud, there must be a bank account receiving money. Can’t the bank find the receiving account? Why don’t they freeze it? Why don’t they review the surveillance video of the man withdrawing the money?