Killing these and other endangered species is illegal in China, but enforcement is lax. Fortunately, the Global Times takes animal rights very seriously. Just look at last week’s cartoon on dolphin hunting in Japan. 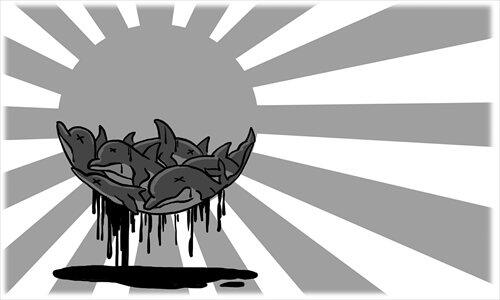