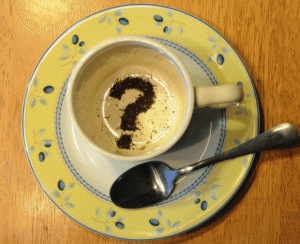 The end of one year and the start of another lends itself to reflections and predictions. This year, the 100th anniversary of the outbreak of World War I, brings a special sense of foreboding. It’s been popular for more than a few years now to compare the 14 years preceding World War I — a time of prosperity, globalization, and, at least in Europe, the seeming triumph of civilization over wickedness — to the first 14 years of the 21st century. At the recent World Economic Forum in Davos, Switzerland, Japanese Prime Minister Shinzo Abe drew a direct comparison between 1914 and 2014. The explicit question in this analogy is a terrifying one: is the world careening toward another bloody and futile war?

Luckily, Jeff Wasserstrom, professor of history at University of California, Irvine, reminds us that there are multiple kinds of time and, in turn, multiple ways of remembering. For him, “the continuing significance of 60-year cycles as well as centuries in Chinese timekeeping has relevance for how geopolitical tensions of the present moment are being put into long-term perspective.” Adopting this perspective, the importance of 1914 fades; the significance of 1894, the start of the Sino-Japanese War, increases. That is one way to undermine the 1914 and 2014 comparison.

Another is simply to look at predictions made in the period before World War I as a reminder that no one really knows what they are talking about.

It’s easy — and in many ways justified — to view the Qing Dynasty in its last 10 years as inept, decrepit, and close to collapse. It’s also bracing to see that some observers at the time were actually quite optimistic about the dynasty’s future.

Thomas Millard, one of the first in a long line of China hands from Missouri (think Edgar Snow and Peter Hessler), was a journalist and author based in Shanghai. Beyond a large number of articles, he also produced what we may call two “big-China books,” The New Far East (1906) and America and the Far Eastern Question (1909). Aside from big-picture questions posed in these works — will the dynasty fall or carry on? what are different dynamics at play in court politics? what role should the United States take in East Asia? — Millard offered more than a few prognostications about China’s future.

His optimism had an interesting origin: the failure of other, more dire, predictions to be borne out. For example, Millard zeroed in on an “old and established hypothesis from ten years ago by many students of the situation of China that a political cataclysm would follow the death of the Empress Dowager Cixi.” Yet the death of the empress and, almost simultaneously, the Guangxu emperor brought no collapse. Instead, “China took her crisis quite calmly.” If pessimistic predictions regularly failed to pan out, went the reasoning, optimism about the Qing’s future had to be the order of the day. For Millard, the non-event of Cixi’s and Guangxu’s death confirmed “the opinion of those, of whom I am one, who believe in the fundamental stability of her institutions.”1 That is quite a statement to make in 1909, just two years before the Xinhai Revolution.

If Millard overestimated the strength of Qing, he also underestimated opposition to them. Although he acknowledged that most would prefer Chinese to Manchu rulers, he thought this “sentiment is without focus.” After all, there was “no Chinese pretender to the throne” and the “Ming line practically is extinct.”2 Anti-Manchuism, for Millard, was an undirected emotion rather than a revolutionary program.

The problem with reading the rhythms of political life at the end of the Qing Dynasty, an article from The London Saturday Review explained in 1910, was that “things are never absolutely quiet in China; it is hardly to be expected that they should be, in such a huge, loosely knit Empire.” Within this general condition though, there are “periods of greater or lesser turmoil, and the average decennial intervals seem just long enough for the average man to forget the last episode.” Noting anti-foreign riots along the Yangtze in 1891 and the Boxer Rebellion in 1900, it was now time for a “fresh period of disturbance.” Though at first a more pessimistic assessment than Millard’s, by identifying a regular cycle of calm giving way to “disturbances,” this judgment, too, adheres to the basic stability of the dynasty. There might be a small uprising, a revolt, but it will die down soon enough and the cycle will continue.

When the Xinhai Revolution did start in October 1911, it was a rather haphazard and uncoordinated affair. Sun Yat-sen, the self-professed leader of the revolution and the eventual first president of the Republic of China, was not even in the country at the time. He read about it while in the United States.

By the middle of 1912, The Journal of the American Asiatic Association, a publication focused on business affairs, was editorializing — seemingly gloating — about the failed prophesies3:

When the Chinese Republic was declared there were none who were able to rise defiantly and exclaim “I told you so!” The professed prophets, the wise men of the East and West, whose business it is to see further into the dark than other people can were silent because they could not find among their published utterances anything to display proof that they had seen even the slightest into this particular darkness.

In fact, the editorial continued, for more than two decades, time proved supposed wise men wrong at every turn. In the 1890s it was a settled issue that “China was to be partitioned.” With this question not in doubt, “Little maps were published, showing how this greater Poland was to be divided up.” But by 1900 China was no Oriental Poland.

The point here is not to pick on Millard in particular for being wrong. Everyone is wrong about everything all the time, especially when trying to answer unanswerable questions about the future. Instead, it’s to note the flaws of historical analogies, which politicians and pundits unfortunately lean on in order to appear insightful, serious, and profound. The analogy between 1914 and 2014 tells us less about the past or present — let alone the future — than the shortcomings of how we make comparisons.

One Response to “Beware The Tea Leaves: Predictions About China At The End Of Qing”