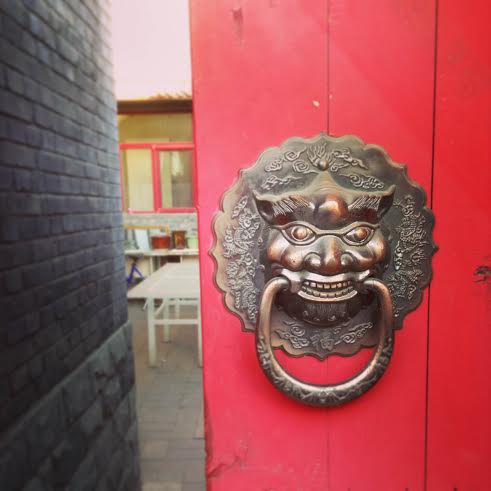 Beijingers, if you’re looking for something to do over Spring Festival that doesn’t involve elbowing fathers and sons inside crowded parks, check out the Crossroads, a non-profit / NGO community center in Gulou, which is screening two independent documentaries every day from now until February 6.

All films in Chinese with English subtitles. Tickets are 40 yuan (30 for students), which includes a beer or hot drink. Interested parties are asked to RSVP by emailing hello@jiaochadian.org.

Address: No. 18 Dashiqiao Hutong (大石桥胡同), Jiu Gulou Dajie (旧鼓楼大街), Xicheng Disctrict (Note: as you may already know, the address number on hutongs oftentimes are illogical; No. 18 is not, as you might expect, between Nos. 17 and 19 in this case, but is in fact about 700 meters into the hutong from Jiu Gulou St.)

Film Introductions (as supplied by Lucy Edwards of Crossroads):

Does your past determine your future? Does your sexual orientation influence your hopes and dreams? What is love? Come and hear the answers given by Chinese students in this fascinating documentary.

This small-scale Chinese documentary by Yang Lina is an intimate look at relationships, and while it is culturally specific in some ways, the unexpected emotional drama that unfolds is universal. Lao An is a slightly rumpled but charming 89-year-old Chinese man. He loves to dance at the neighbourhood park, where locals crank up a big speaker and spend hours doing the latest ballrooms dancing moves. It was at the park that he met Xiao Wei, a woman in her early 50s, unglamorous but with a grand appreciation for the possibilities of life. The Love of Mr. An is a small, powerful film, and while it makes no grand pronouncements about life, it is most profound.

In an ordinary community of Beijing, there is a group of elderly people who go out at the same time every day, as if to go to work. They gather under trees in summers and enjoy sunlight in winters. The routine of their day, sicknesses and deaths, are captured by the camera, and as time goes on, members of the group are replaced by new people.

A bracingly unsentimental take on emotionally charged material, Chinese-French co-production Wild Grass (“Ye cao”) documents a group of orphans over 12 years. The circumstances faced by Hongjun and his friends have clearly been very tough, sometimes horrifically so, as when one hapless passerby is casually identified as having had had his arms chopped off by a crazed parent. But the sense of camaraderie amid the “struggle” is palpable throughout: They are “all in it together … brought together by mistake.” Yang and Stephen’s no-nonsense approach allows us to sympathize with their subjects without crossing the line into mawkishness or tear-jerking kiddie-misery. And it endows the occasional more poetic touch — as when Hongjun, who describes the orphans as “twisted trees,” is shown sitting on a swing in the drizzling rain of this coastal city — with a genuine, unobtrusive grace.

Reveals the problems different classes face and how their values based on their interests shape the foundation of society. The documentary has three parts. The first shows Chinese right-wing intellectuals who criticized the modern Chinese culture which undermined independence and ethical belief, and commemorates those who fought and sacrificed for the truth. The second part follows the progress of a new cancer drug. The documentary then focuses on a Chinese village where a farmer has committed suicide because of land grabs and forced evictions. An official is forced to resign due to pressure from the media, but problems are completely unresolved for the villagers…

One Tree, Three Lives is an intimate documentary focusing on the Chinese American novelist Hualing Nieh Engle. Hualing Nieh Engle is a Nobel Peace Prize nominee and author of 23 books of fiction and non-fiction, who has been a major influence on generations of writers in the Chinese diaspora and beyond. At times sad, at times funny, this inspirational film reveals a woman of unusual charisma, integrity and determination, and a person in continual exile.

Reviews from different individuals on casualties caused by collapses of schools during the 2008 Sichuan Earthquake. By drawing on everyday people’s testimonies and an abundance of images from digital phones and cameras, Our Children succeeded in preserving both individual and public memories and facilitated the healing process.

This documentary shows the efforts of volunteers independently investigating the casualties caused by the collapse of schools during the 2008 Sichuan Earthquake.

This critically acclaimed documentary follows a Chinese family as they leave their daughter to look for work in more industrialized areas. As well as focusing on their train journey to their home province, in what is the biggest migration in human history, the film spans over two years observing the family’s struggles for money as they attempt to keep their relationships intact.

Zhouzhou is a lonely 12-year-old living with his grumpy alcoholic father, and whose mother has long since left the family home. Father and son embark on a bike ride, encountering trouble, and many strange people, but as the summer wears on both father and son undergo changes.

The Siberian Butterfly is a documentary that explores issues of creativity and sexual identity in an intimate portrait of a Chinese folk artist. He learned the traditional Chinese art of paper-cutting from his mother in his birthplace of Shaanxi province. But as a child of China’s Cultural Revolution, his homosexuality was deeply repressed by social convention, and so he followed the path of most men of his generation and married, having children. Still, he found an outlet for his true identity through the themes in his artwork. In this richly woven exploration of the creative process, the artist’s inner world is revealed as he patiently carves out space for his true identity through his paper cuts. Now that his children are grown and he has moved to Beijing, he discovers who he really was all along, calling himself the Siberian Butterfly.

Blind Shaft is a 2003 film about a pair of brutal con artists operating in the illegal coal mines northern China. The film was written and directed by Lina Yang (李杨), and is based on Chinese writer Liu Qingbang’s short novel Shen Mu (Sacred Wood). Most of the filming took place 700 meters underground on the border between the Hebei and Shanxi provinces. Li and his crew were harassed and threatened during the filming. Blind Shaft has won at least a dozen awards, including the Silver Bear for Outstanding Artistic Achievement at 2003 Berlin International Film Festival.

A documentary about the victims of rice-bran oil contaminated with PCB (a toxic chemical that may cause cancer and birth defects) in Taichung in 1979. It won the top prize at the 2008 South Taiwan Film Festival and prompted the public to find the first local support association for victims in 2009.

A documentary looking at the progression of the emerging movement for the rights of lesbians in China.