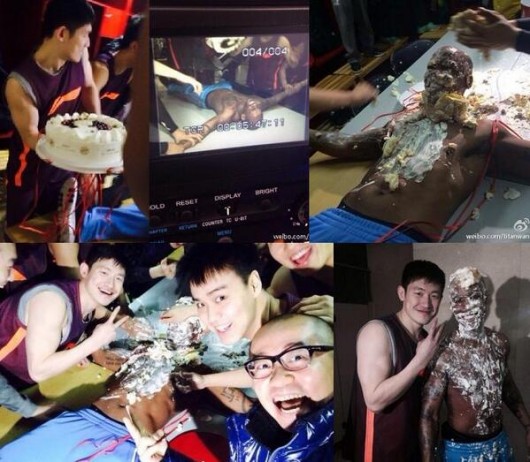 New York Times journalist Andrew Jacobs will be speaking on Saturday at 7:30 pm at Crossroads (40 rmb, 30 for students). He’s been in these links editions before.

China behaving badly. “The wife of jailed Nobel Peace Prize Laureate Liu Xiaobo has been admitted to a Beijing hospital after police refused to allow her to seek medical help overseas, a close family friend said on Thursday. // Liu Xia, who has been under effective house arrest since her husband Liu Xiaobo won the Nobel Peace Prize in 2010, suffers from heart problems, possibly severe depression, and other ailments made worse during her time under guard, her friends say.” (SCMP)

“Everything I wish I’d told John Kerry.” “Since 1949, Chinese dictators have robbed their people of their freedom, forcing the country’s citizens to live in fear. Now, Chinese authorities are censoring and deleting some online speech, landing some online commenters in prison for speech crimes. China’s people are still unable to freely access the World Wide Web. The existence of China’s Great Firewall is an embarrassment not just to China but to the human race, and an open challenge to public justice and the public consciousness.” (Zhang Jialong, Tea Leaf Nation)

China’s Catholics. “In The Missionary’s Curse and Other Tales from a Chinese Catholic Village, the Oxford historian Henrietta Harrison describes the competing forces that resulted in the creation of this active center of Chinese Catholicism. The Missionary’s Curse is a rich piece of microhistory, replete with violent priests who bullied their flocks and pious missionaries who spent their lives in hiding. But the tale is even more ambitious than the recreation of this bygone era, with Harrison using it to challenge contemporary ideas about how foreign ideas are absorbed in China.” (Ian Johnson, NY Review of Books)

Reunion. “The first day of a six day reunion of family members separated by the 1950-53 Korean War was held at a North Korean mountain resort on Thursday, despite impending military drills that some experts previously warned could scuttle the event. // A total of 82 elderly South Koreans accompanied by 58 family members met with 180 North Korean relatives to enjoy an emotional reunion following six decades of separation, South Korean media outlets at the scene reported.” (NK News)

This show! “Like countless Americans, I recently watched the entire second season of hit political drama ‘House of Cards’ in one weekend after U.S. video streaming site Netflix released all 13 nearly hour-long episodes. // But the website I logged on was Sohu — one of the China’s biggest online video services — that purchased exclusive rights to the series for mainland China, and posted the latest season at the same time as Netflix.” (Steven Jiang, CNN)

Nice. “More dead pigs have been found in the Huangpu River reigniting water pollution fears among locals, the city government said. In March of last year, about 10,000 dead pigs were fished out of the river after being dumped in Jiaxing in neighboring Zhejiang Province.” (Shanghai Daily)

China’s forgotten environmental problem. “One-fifth of the country’s rivers are toxic, while two-fifths are classified as seriously polluted. In 2012, more than half of China’s cities had water that was “poor” or “very poor.” Last week, China’s Ministry of Environmental Protection announced a trillion-yuan (U.S.$320 billion) plan to start dealing with this urgent issue.” (ChinaFile)

Patient attacks doctor again. “A doctor whose throat was cut by a dissatisfied patient survived the attack and was said to be out of danger on Wednesday in Yixian county, Hebei province.” (China Daily)

Quote from Chinese cross-country skier Li Hongxue. “They’re too strong. No matter how hard we work we can’t catch them. Maybe the environments of China and their countries are different…after the Olympic Games, I’m changing career.” (China Sports Insider)

Podcast. “On loan to us from the Sinica Podcast is one of the longest-term expats we know: Kaiser Kuo. Together we explore how—for better or worse—China has changed us.” (China Hang-up)

So many of these type of apps. “Blued, a Grindr-style gay chat and hook-up app for Chinese guys, has secured series A funding to help it hire new staff and grow its user-base. Chinese tech blog 36Kr reports that Blued got about RMB 10 million (US$1.6 million) from undisclosed investors.” (Tech in Asia)

Good luck. “China has ‘time on its side’ to win over Western opinion to its point of view on the restive regions of Tibet and Xinjiang, a senior official wrote on Wednesday, vowing with unusually strong language to ignore foreign pressure on human rights.” (Reuters)

Oops. “The fate of a teenage prankster remained uncertain on Thursday after his false story and phony TV news screen grab featuring his school principal under arrest for prostitution went viral last week. // The 17-year-old from the city of Yibin in Southwest China’s Sichuan Province had hoped his February 15 post might delay the new school term, scheduled for February 17, the West China City Daily reported on Thursday.” (Global Times)

“Rice Fields,” a poem by Tom Mangione. (the Anthill)

“Woman jumps to her death at Ganghui Plaza in Shanghai.” (Shanghaiist)

“This 13 year old speaks 5 languages and has a record deal, will make you feel useless.” (That’s Online)

“Watch: This season’s most spectacular ‘China’s Got Talent’ acts (so far).” (Shanghaiist)

“These Insane Prisoner Drawings Show Life Inside a North Korean Gulag,” via Gawker: 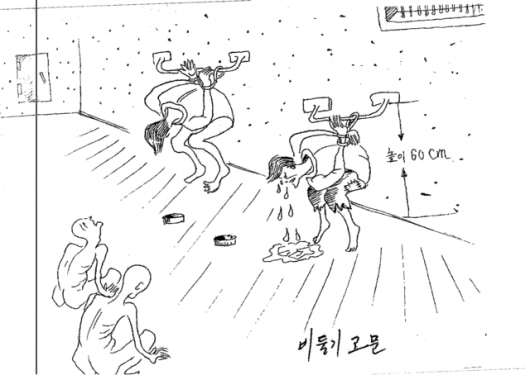