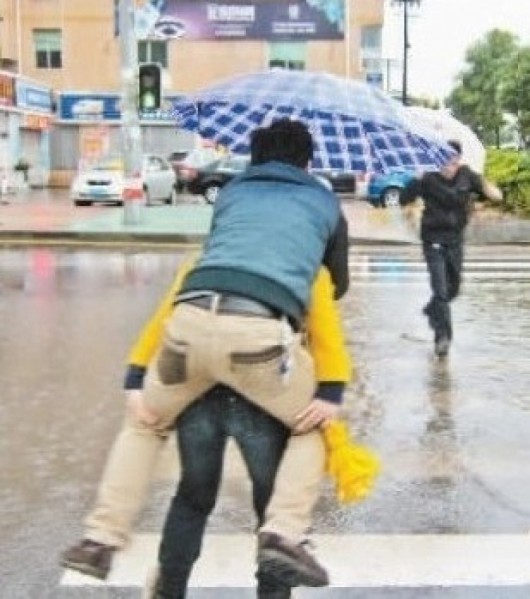 Ferrari. “A red Ferrari hit a guardrail on the Beijing airport highway early Thursday morning, killing one and injuring another two people on board, local authorities said.” (Xinhua)

Sad. “The Zhengzhou Zoo in Henan province has confirmed that a panda referred to as ‘missing’ by local media was in fact dead, and has come under fire for housing the animal in an unsanitary environment.” (ECNS)

Clever. “Scammers are being quick to capitalize on the publicity of the huge prostitution raid in Dongguan, Guangdong on February 9. Messages are spreading from people claiming to be sons who were been arrested in the city and need money to get released. To those Chinese fathers out there who might have received such a message, you can relax: It’s (probably) not true.” (China Hush)

This was on the news for a long time. “Barely three hours after winning its first gold in Sochi, China has another one. Zhang Hong surprised the field by posting a sensational time early in the women’s 1000 m (long track) speed skating event, that was simply too good for the rest. Her winning time of 1:14.02, set in the 7th of 18 heats (the best skaters typically go towards the end), was a massive 0.67 ahead of second place.” (China Sports Insider)

Watch the Olympics tonight if you enjoy watching Chinese athletes possibly win. “But the big one to watch today is women’s aerials. The Chinese quartet of Xu Mengtao (above), Zhang Xin, Cheng Shuang and Li Nina all have medal chances and could sweep the podium. It’s a big ask, but it would be extremely surprising if China does not add to its medal count (now 8th in the table) on Valentine’s Day.” (China Sports Insider)

Eek. “Terrifying footage reveals the moment a boyfriend stuffed his girlfriend down a 10-foot manhole where she was stuck for SIXTY hours before passersby heard her cries for help.” (Daily Mail)

A quiz master has to know when he’s wrong. “One of my least favorite questions: ‘What year did the Qing Dynasty end?’ // Why do I dislike such a simple question? Because most people say 1911 and then refuse to listen to reason when I try to explain at length and high volume why they are so very wrong. In fact, it was just such a situation a few years back that got me bounced from the Nanluoguxiang bar 12 Square Meters.” (Jottings from the Granite Studio)

The making of a male model in China. “My career as a model started the way all good stories start: I was walking down the street, minding my own business, when I was propositioned by a slim young woman in a snazzy white dress and an attitude to match. She was Chinese, with impeccable English, and decidedly ugly.” (Jonathan Rechtman, the Anthill)

Broken-hearted indeed. “A heart-broken man in Guangzhou, Guangdong province withdrew a lawsuit against his ex-girlfriend, demanding her to share the cost for purchasing condoms they used together, at the last minute.” (China Oops)

Expensive painting. “A canvas by the American pop artist Andy Warhol of the Chinese communist leader Mao Zedong has sold for £7.6 million – more than 18 times the price paid last time it went to auction. // The artist was said to have been inspired to create the iconic series of Chairman Mao paintings by the historic visit of the then US president Richard Nixon to China in 1972.” (The Telegraph)

Yeah, I believe it. “A man is said to have gotten drunk and passed out for 20 hours after smelling Moutai fumes scattered on a highway in Chongqing, the Chongqing Evening News reported Friday. // A truck loaded with 2,700 cartons of Moutai, an upscale liquor brand in China, had an accident in the early morning on Wednesday, injuring the driver and his eight-year-old daughter and scattering many broken bottles of liquor.” (ECNS)

Settlement in notorious domestic abuse case. “The court has now settled on compensation charges for Kim Lee over the domestic violence case, including 50,000 yuan for mental damage, 12 billion for a house discount and a 300,000 allowance each year for alimony.” (Shanghaiist)

‘Hutong-style rooms’ and rates of $362 a night: The Waldorf Astoria Beijing to Open on March 1 – HotelChatter http://t.co/m3ovlflpCq

The Sinica Podcast is back! @Axliu and @david__moser join me in a close-read of the Spring Festival Gala. http://t.co/woRs7DbBp6

“The 14 Dumbest Things a Guy Can Do to Ruin a First Date (Especially in Beijing).” (the Beijinger)

“Cow thief makes epic, bloody getaway on back of ambulance,” via Shanghaiist: 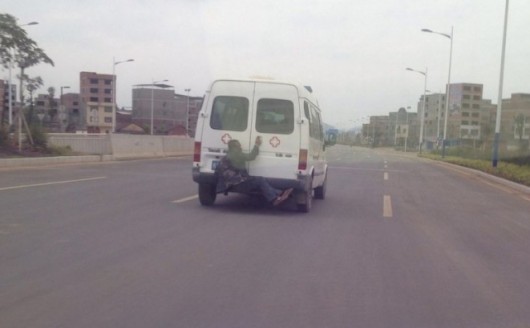 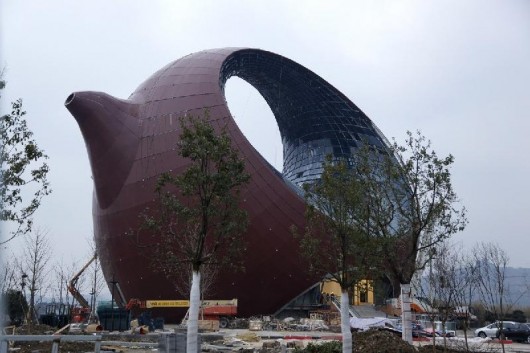