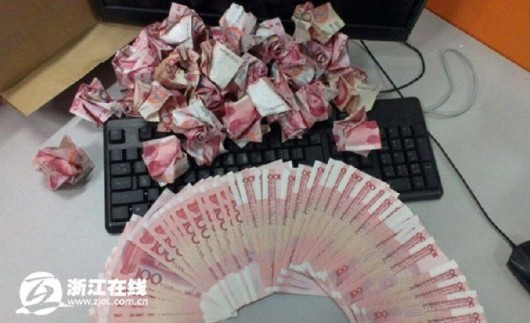 A young man from Hangzhou succeeded in winning the heart of his girlfriend by presenting her 999 roses folded from 200,000 yuan worth of 100-yuan banknotes.

This Chinese Romeo is surnamed Chen and hails from Hangzhou, Zhejiang province. When he visited his girlfriend’s home over Chinese New Year, he expressed his desire to marry the woman, but his would-be mother-in-law appeared reluctant because of Chen’s plain economic status.

“Renting an apartment is acceptable before marriage, but marriage without a home isn’t quite appropriate,” the mother apparently said. She went on to intimate that Chen should buy a car since the pair works far from home.

The remark may have irritated Chen, at least to the point of acting like this: he withdrew all his money from the bank, about 200,000 yuan (roughly $33,000), which he had accumulated over five years, and made 999 roses out of the 100-yuan notes. It was to show his strong, sincere desire to marry his girlfriend, and most importantly, it was an expression of his eternal love for her.

The number 9 is a metaphor for eternity in Chinese, while the rose represents love the world over.

It took Chen about five to six minutes to fold each rose, which was made out of two banknotes. He managed to make 300 in two days, then asked friends to help so he could propose to his girlfriend on her birthday on February 12.

His efforts paid off. His girlfriend said yes. 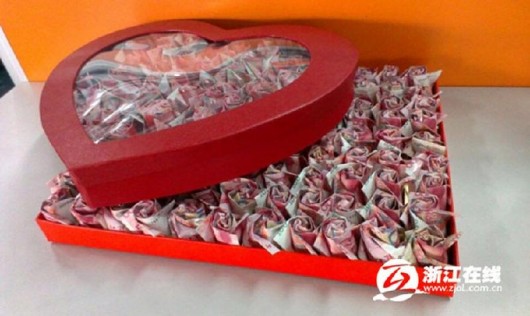 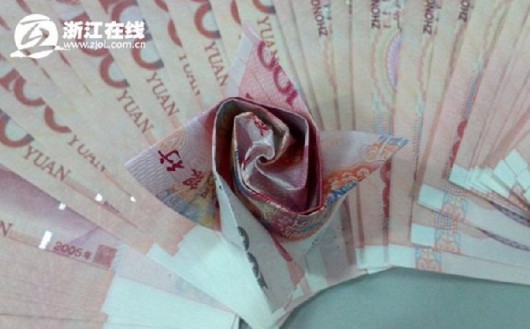